BL (or boys love) is getting popular in Filipino mainstream. It was started when Thailand’s phenomenal hit series “2gether” became popular to Filipino audience. After that, Pinoy BL series pops up like mushrooms, including Hello Stranger (stars Tony Labrusca and JC Alcantara) and Gameboys (stars Kokoy de Santos and Elijah Canlas).

Now, a new pinoy BL series will sure fans feel kilig once again.

Boyband Love (BBL) is a BL digital series that revolves around LMTLSS (pronounced as limitless), a pinoy boyband composed of Aiden, Danny, Jamie, and Rico who have one goal in mind – stardom! However, their journey won’t be easy as their personalities clash, and their personal vendettas get in the way. Topbilling the series are Arkin Del Rosario as Aiden, and Gus Villa as Danny, the leads of the boyband who will eventually fall in love for each other that will become the central conflict of the whole series. Both Arkin and Gus became part of boybands in real life. 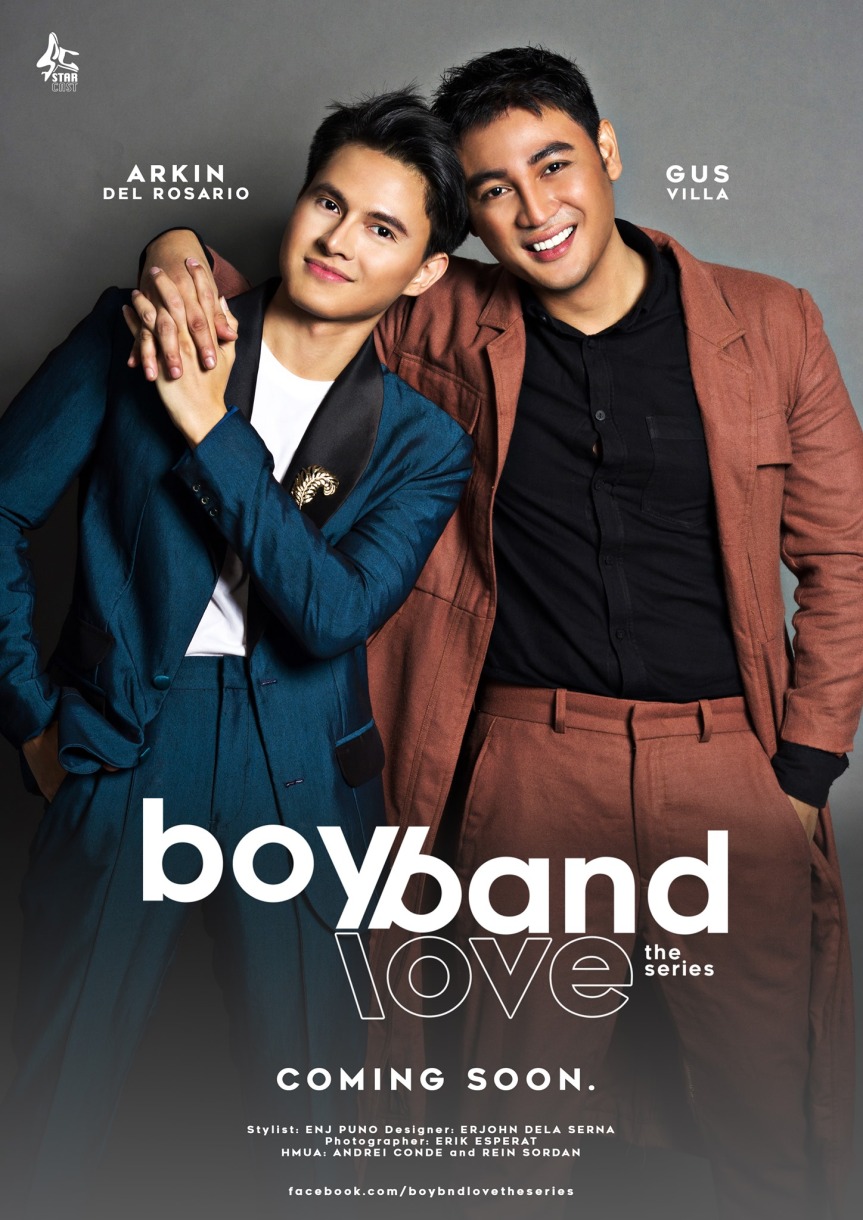 Arkin Del Rosario was part of the phenomenal P-pop Band XLR8 of Viva Entertainment, and eventually launched as a solo artist. He was a host of Walang Tulugan with the Mastershowman of Kuya Germs and Party Pilipinas, and did some acting jobs such as Teen Gen (TGIS Remake), Pyra: Ang Babaeng Apoy, Felix Manalo, and Diary ng Panget to name a few. He has also been launched in the 2019 Star Magic Circle of ABS-CBN. He is currently an image and brand model of some of the country’s top product companies and continuously engaged in live entertainment tours int the country and abroad. Arkin is also part of another BL series titled Oh! My Sexual which is a black comedy. Arkin is now ready for the next level of his career and do more roles outside his comfort zone.

Meanwhile, multi-talented Gus Villa is a singer, actor, endorser, blogger, and influencer. He started in the industry 10 years ago, and was also part of the Walang Tulugan with the Master Showman, and has been playing support roles in some teleseryes of both GMA and ABS-CBN. Boyband Love will serve as his first lead role and he is quite excited and pressured at the same time. Expect a new and daring Gus Villa that will surely sweep you off your feet.

Brenda Mage is also part of the cast in a very special role as Madam Curacha, the manager of LMTLSS. Brenda Mage rose to popularity after being part of It’s Showtime’s Ms Q&A, and has since then appeared in some of Vice Ganda’s hit movies and TV projects. His life was also featured in ABS-CBN’s Maalaala Mo Kaya where he played as himself. 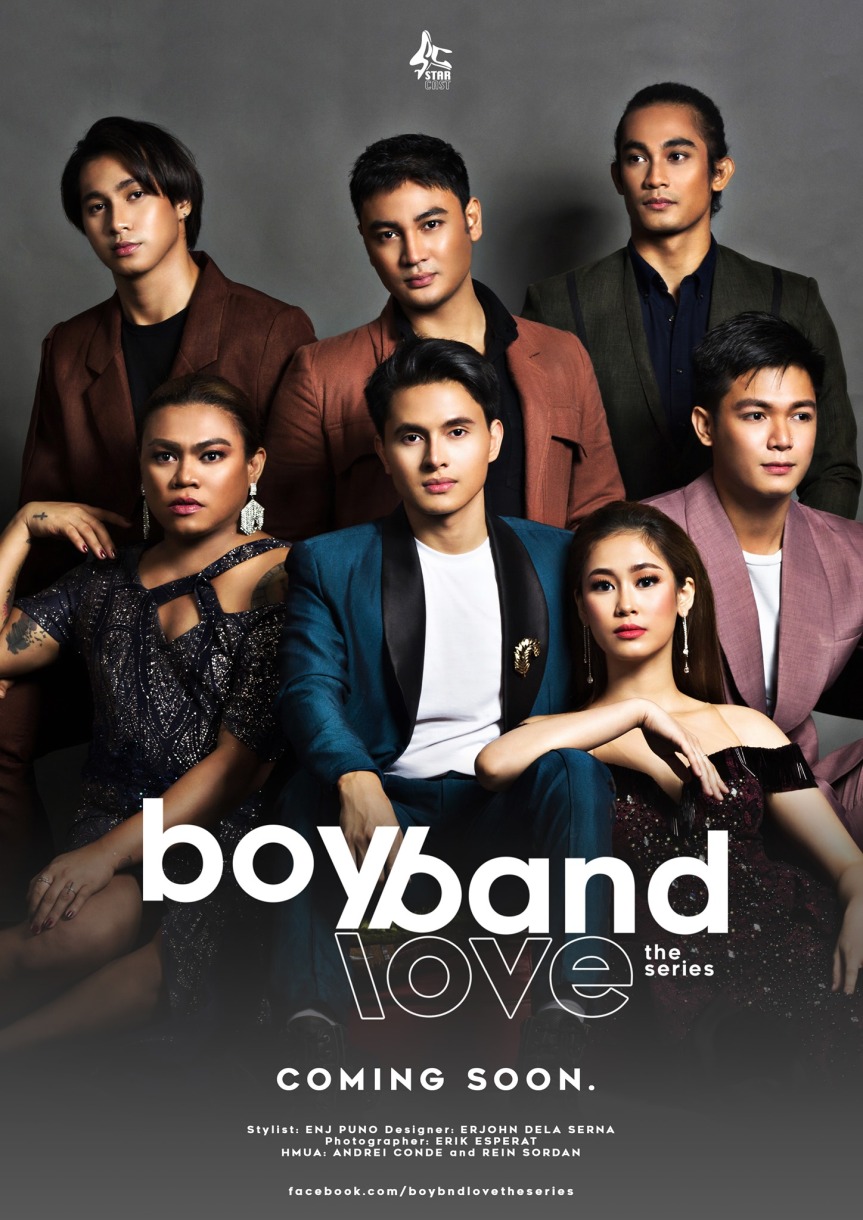 The other LMTLSS members are Louie Gabarda as Rico, and Job Piamonte as Jamie, who are both successful in the modelling world. This project serves as the launching acting job for these two.
Both Louie and Job are equally ecstatic to become part of the project.

Completing the ensemble cast are neophyte actors Luise Gragera and Regine Fernando Luise started his career by joining talent shows and has also become part of several boyband groups, while Regine is a freelance model and is now ready to venture into acting.

Boyband Love (BBL) tackles issues about the LGBTQ+ community with music industry as the backdrop. It aims to become an eye-opener to help the audience understand that everyone is equal and has the right to love, to dream, and to be treated as human no matter what gender preference each of us has.