IRENE Solevilla starts her 2020 with a bang!

Irene was known for her incredible voice and can whistle like Morissette. She appeared on television for the first time in a youth-oriented show “Bee Happy, Go Lucky!” on Net25 and IBC13.

Because of her beauty and wit, she’s one of the winners of Miss Balingasa 2019, and also received an award for Best in Talent.

Watch Irene live in her upcoming concert, Zyryn @ 16. She’ll perform with the birthday girl, Zyryn Laguitao. Check them out on February 9, Sunday at the Music Box, Timog Ave., Quezon City.

Aside from Irene and Zyryn, you’ll have a chance to watch some of the finest artists in the industry: theater actor/singer Carlo Mendoza, actress Ara Altamira, singer Arthem Basierto, and recording artist John Arcenas

“Zyryn at 16” is produced by TJC Entertainment Productions and directed by Throy J. Catan. Special thanks to the sponsors: Throyskie’s Peanut Butter, Above Aesthetics, Dental First, R Multimedia Prod, Throycath Travel and Tours Agency, and Aficionado. 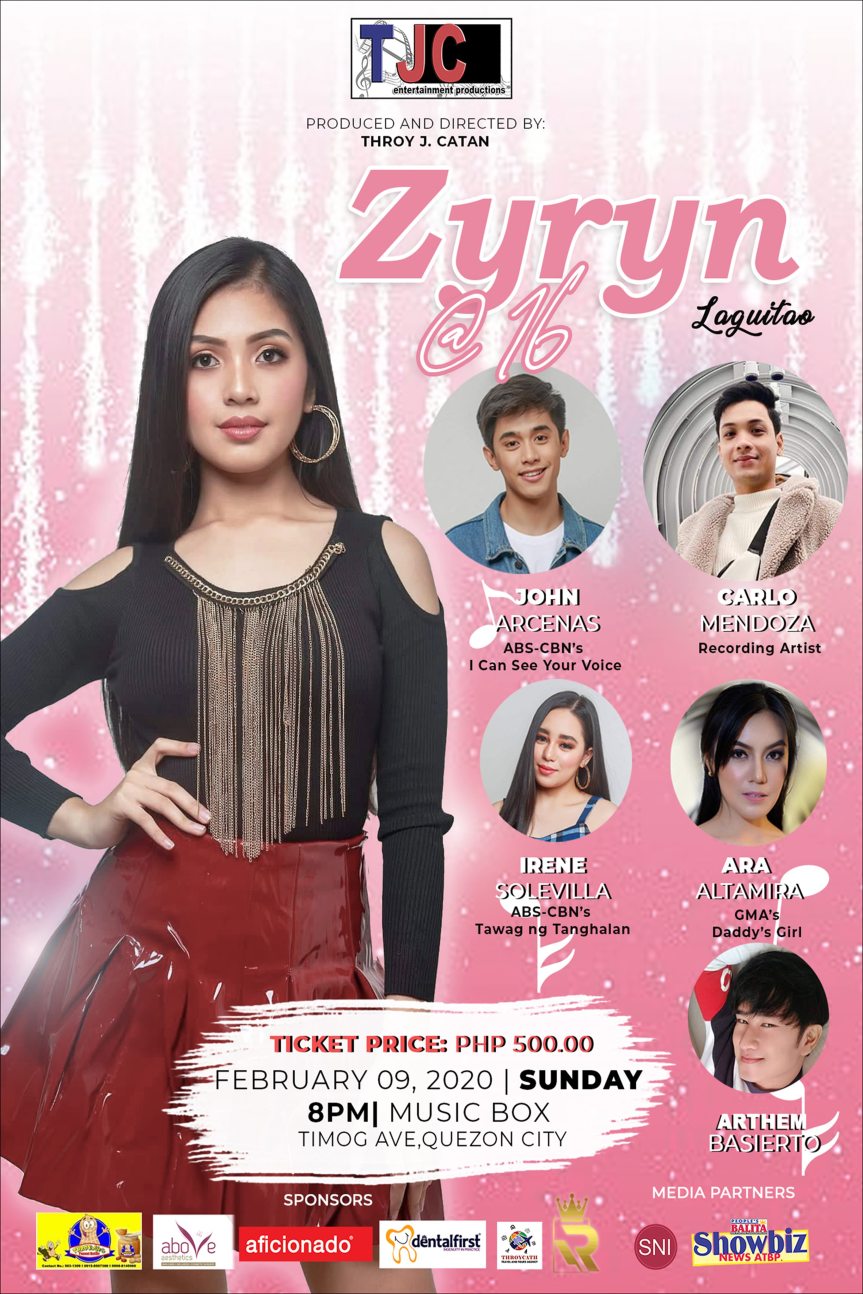