But he lives his life in Japan where after several years of honing his craft as a singer was guided by his management team in K & D Entertainment.

It was in 2018 when he started his regular live performance guesting in Shiga Biwa Broadcasting Company. On the same year and the following 2019, he appeared in Japan’s largest event K-Pop and K-Con.

2019 gave him the Rookie award for Rookie Award for Korean Culture. In August 2019 he also signed up as a male model for Katsurw Yumi Fashion Show.

For four (4) consecutive years he released his compact disc and music video for the songs “2Nite” and “I Love You”.

Who is this cute Korean living the life of a Japanese?

Jang Hogyo‘s encounter with the Philippines was just for travel. Several times. Thanks to his companions, that some of them knew a person who is known for his Midas Touch when it comes to handling artists, singer-comedians at that-Andrew “Mamu” de Real.

Talking to Jang, he said he also writes some of his songs. From the heart.

Through his translator, Ms. Love messages were sent across breezily.

He had a relationship with a Korean. But it blasted for about five years. He said it was very painful. And the reason had something to do with his dream, his career.

Jang will sing JK Labajo’s “Buwan” in the concert. He said he’s not heard much Pinoy singers yet.

Joining Jang in the concert is Japanese singer-dancer Yoowi Nakamura and our very own Pinay band vocalist-singer Shekaina Valdehueza.

Yoowi is a member of the Dance Vocal Unit in Yokohama and has been a regular and consistent performer for Okayama Music Festival from 2017 up to 2019.

On the other hand, Shekaina is a 3rd placer in Migrants Arirang Multicultural Festival (MAMF) in singing held in Changwon, South Korea last 2017.

There are also Kapuso stars lined up to spice up the show as guest performers-Kyline Alcantara, Ruru Madeid, Sexbomb dancers and Outkast dancers. 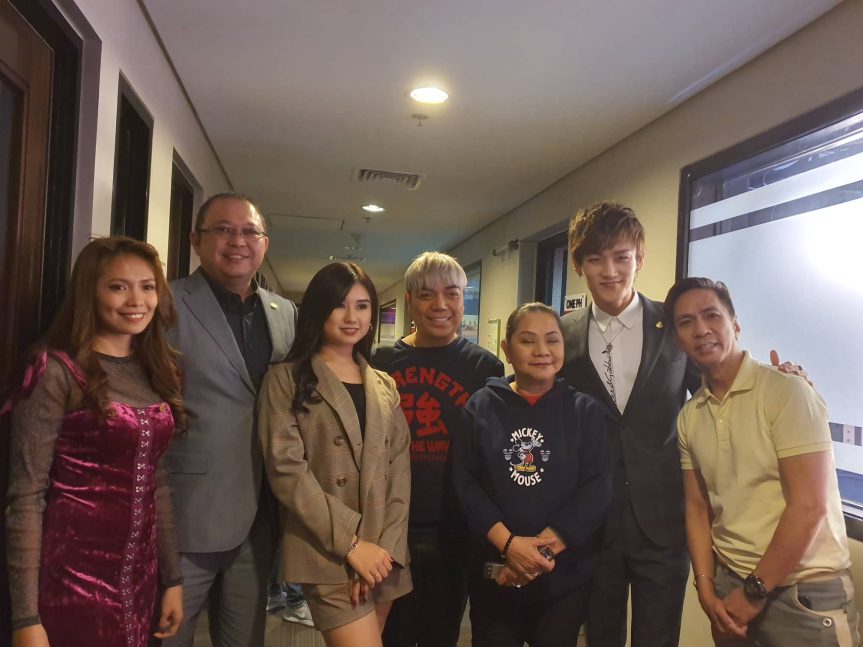