WE, the members of the press invited to listen to this talented nineteener were awed by the power of her voice as she belted out songs she will also share in her two nights Valentine’s show.

Get to know Maria Laroco.

This girl, whose parents hail from Pangasinan and Ilocos, started her passion for singing when she was three years of age when her mother would encourage her to show her talent when there were visitors in their humble abode in where she grew up. 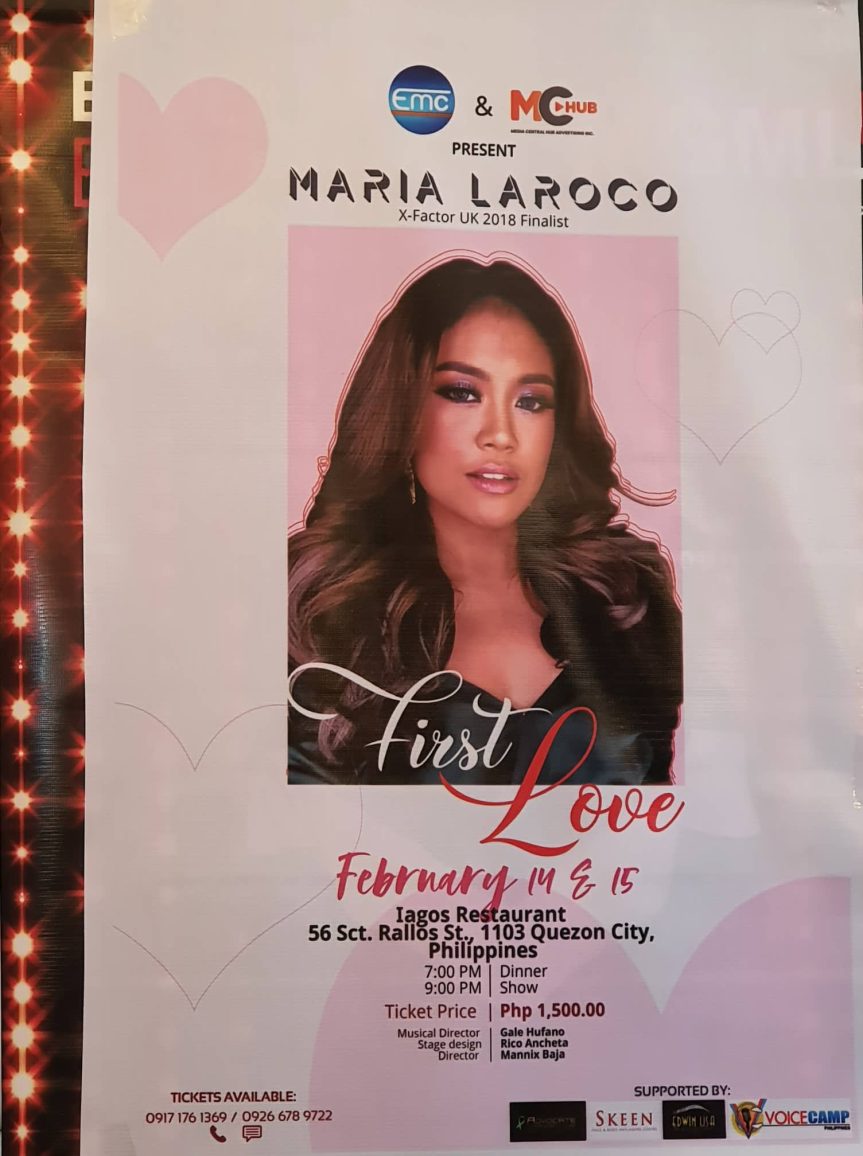 Very juvenile all she was when she started to enter different amateur singing contests that ignited her fire and enthusiasm for singing.

Lea Salonga is one of her great influences where Broadway songs were her contest pieces before. Aretha Franklin and Liza Minelli were also her international idols as they became a big part in the molding her craft in both Pop, Jazz, and Soul genres. 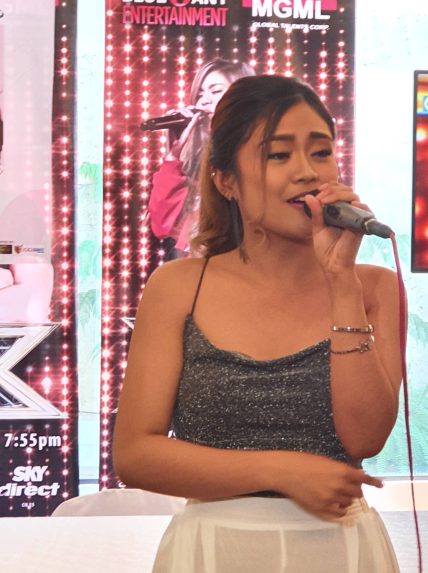 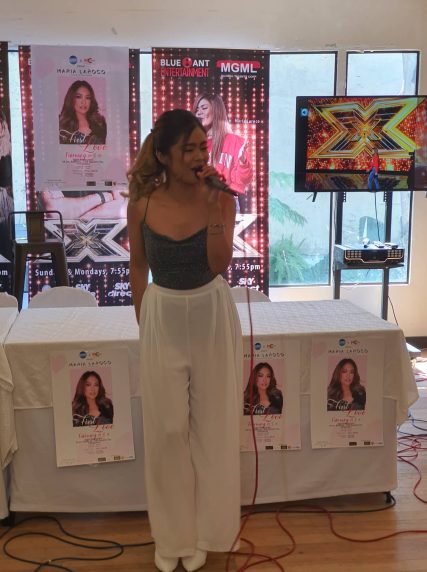 Joining the The Voice Kids (TVK) Philippines in 2014 made a great leap in her singing journey as she was one of the Season 1 contenders.

After her TVK journey, she continued to hone her craft as guest performing artist to different networking companies and later on found her light in Simon Cowell’s big UK TV Show, X-Factor last 2018.

X-Factor UK opened a big stage for her career and making it to the international scene is one of her greatest dreams. She received outstanding reviews from her performances in that international show especially her audition piece “Purple Rain” (popularized by Prince) and later on finished as one of Top 6 in Girls Category. 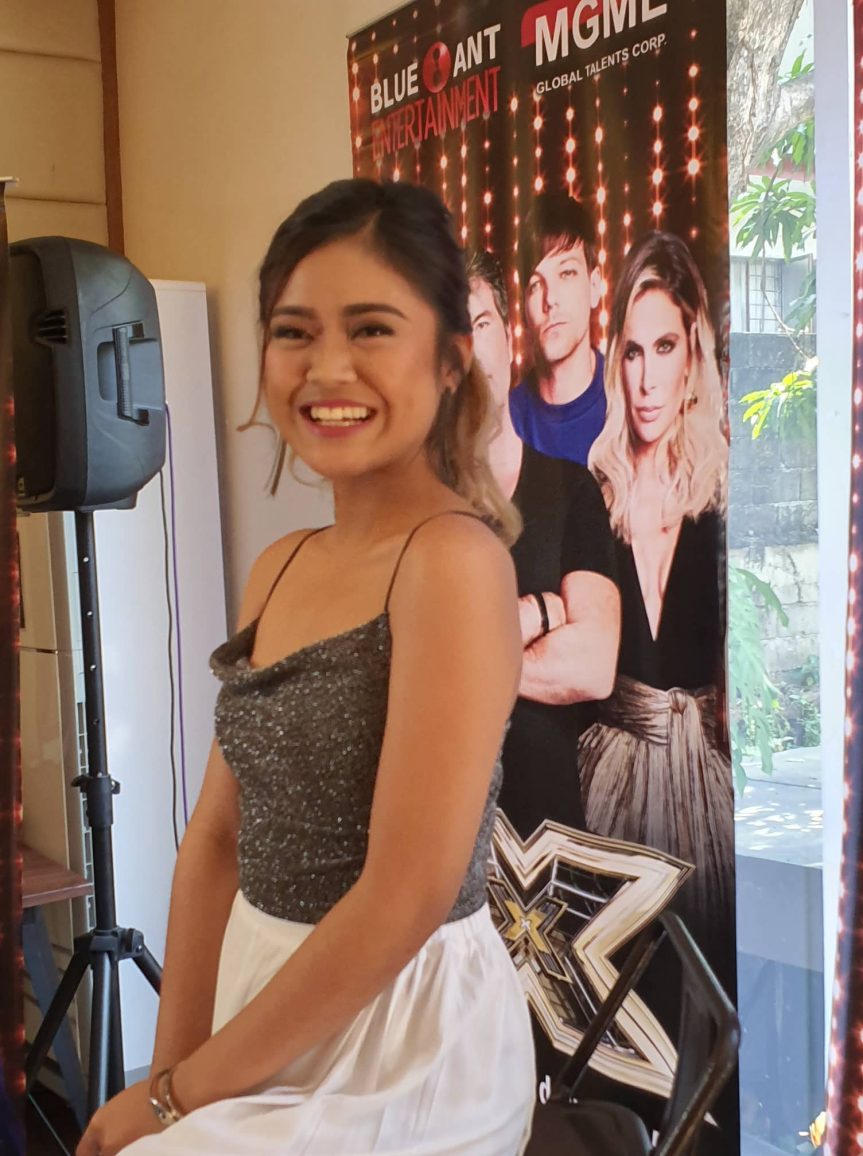 With the mentorship and guidance of Simon Cowell, more windows of opportunities were opened. In addition, prior to her X-Factor UK stint, she joined the Great British Festival Singing Competition and emerged as the Grand Finalist.

In 2019, she returned to the Philippines to continue what she started. As a recording artist, she already garnered different awards such as 2019 – Top Global Teen Performing Artist, 2019 Kuala Lumpur Awardee, 2019 Asia’s Music Princess given by Global Music, and 2019 Excellence Award Pasadong Mang-aawat sa mga Kabataan.

She released her first album entitled “Just Maria” which is available in the Philippines and in the US. In the latter part of 2019, she became the first solo artist being launched of the EMC Entertainment, Inc. “Pilit Pa Rin” is her latest recording under EMC Entertainment, Inc which can be streamed through various platforms such as iTunes and Spotify. 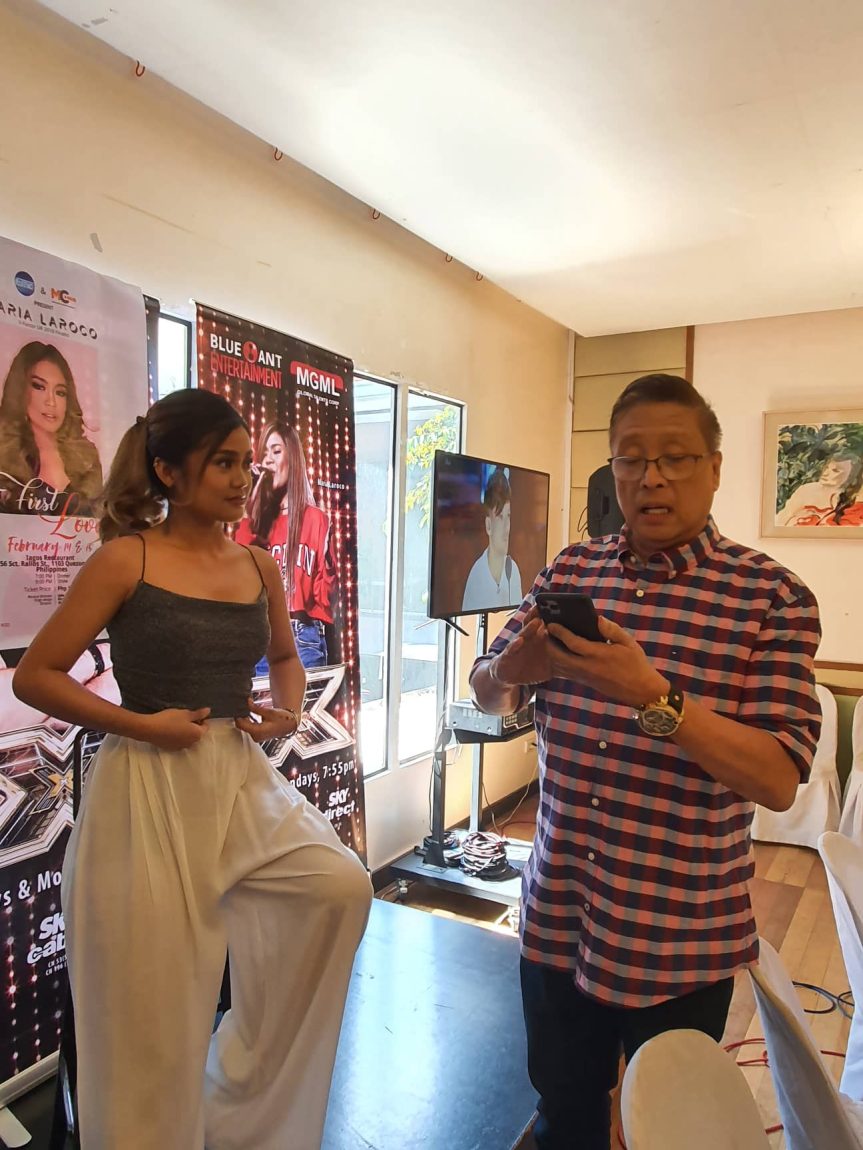 February 14 and 15 will mark her first solo dinner concert entitled “FIRST LOVE” which would showcase a variety of repertoire that will prove her versatility in different genres.

This will be held in Iagos Restaurant in Tomas Morato. Dinner buffet will start at 7:00pm and concert will commence at 9:00pm.

Maria’s “Pilit Pa Rin” is for people who still wants to take another chance in loving and being loved.