AFTER his impressive performance in his last concert “Young Divas & I“, singer John Arcenas will perform live once again in “All in One for Christmas“.

All in One for Christmas is an one-night only Christmas concert produced by TJC Entertainment Productions. Watch him perform on December 8, 2019, Sunday, 8PM at Music Box, Timog Avenue, Quezon City.

For those who don’t know, John was well-known for his performance in Kapamilya hit reality singing game show, I Can See Your Voice. His one of the ‘see-ngers’ of the said show.

Now, he’s very busy performing around the Philippines and abroad. He already appeared on TV and in radio as a special guest such as Jobert Sucaldito‘s radio show Showbuzz.

“All in One for Christmas” is produced by TJC Entertainment Productions and directed by Throy J. Catan. Special thanks to the sponsors: Throyskie’s Peanut Butter, Above Aesthetics, Dental First, Throycath Travel and Tours Agency, and Aficionado. 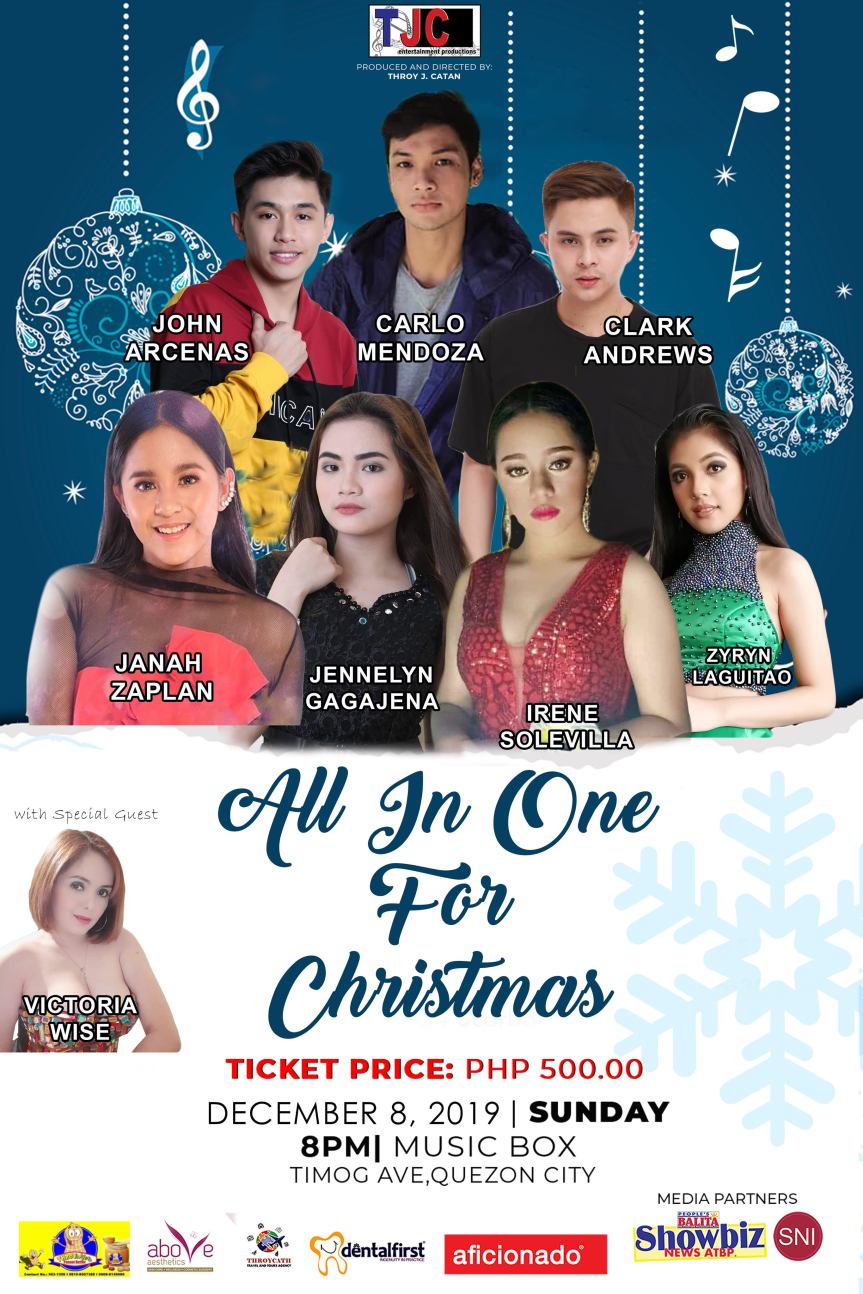