THE ROTARY CLUB OF Cubao was chartered on May 17, 1969 and is the second oldest Rotary Club under Rotary International District 3780.

The Club’s Charter President was Fernando “Nanding” Pedrosa and its initial meetings were held at the Eugene’s Restaurant in Araneta Center, Cubao every Wednesday.

The territorial boundaries of the Club shared with the Rotary Club of Quezon City are the areas bounded by EDSA in the West, Kamias Road in the North, Marikina River in the East and Ortigas Avenue in the South. 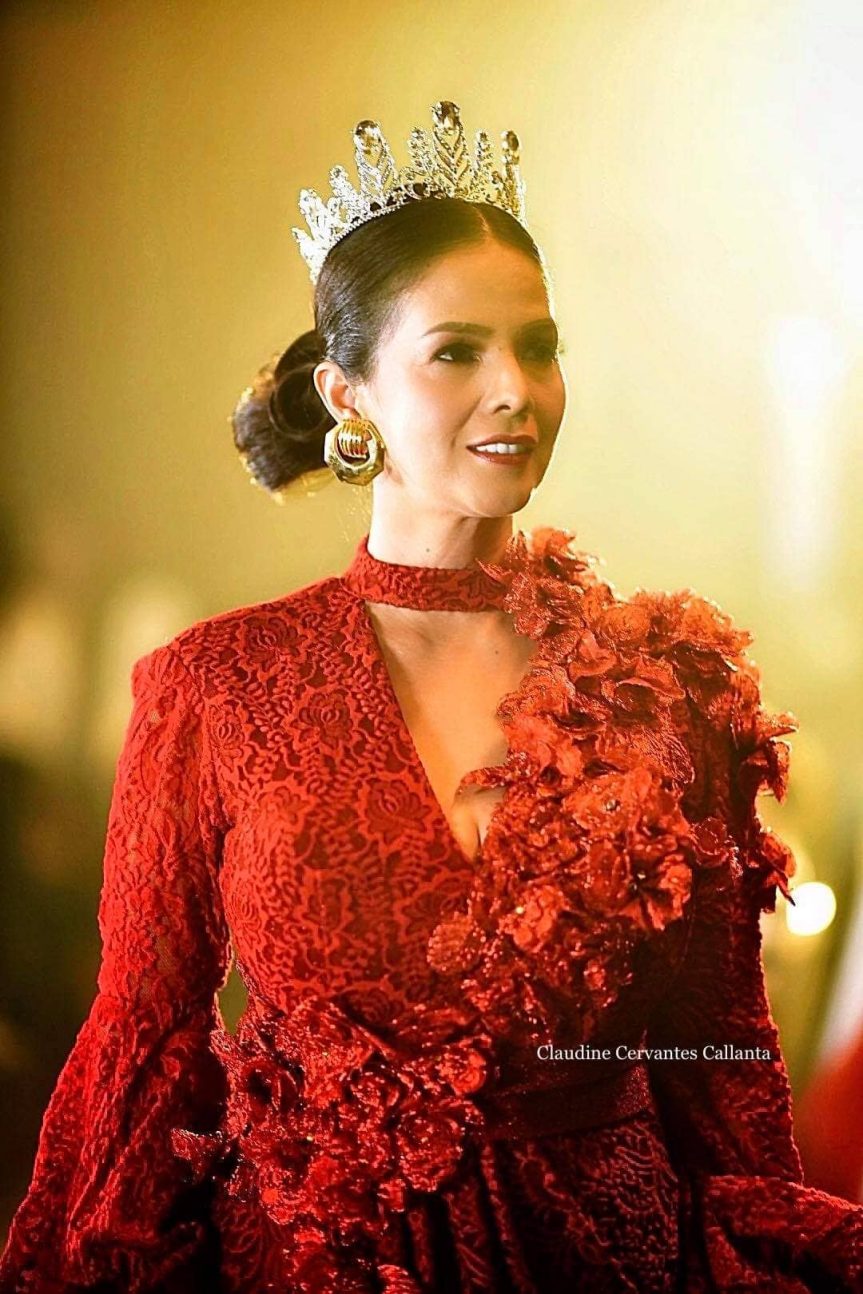 At present, Rotary Club of Cubao has 54 members and it’s still growing in numbers as it aims to regain its former glory as one of the best Rotary Clubs in the Philippines.

Its vision is to be a sustainable club that provides relevant humanitarian services in Cubao, QC and its adopted communities.

And the missions include being a strong and vibrant club of not less than 50 active members; developing leaders among members who are capable of serving the district level in various capacities; providing relevant humanitarian services in Cubao and other adopted areas; be a well awarded and recognized club not only in D3780 but in the entire Philippines and in the international community; and support the Rotary Foundation and its projects.

Rotary International District 3780 Governor (2020-2021); Champion of Service President, RY (2019-2020) Enrique “Nikky” Salcedo; and Event Chairman for Fashion for Passion, PP Veronica “Vero” Ho held a benefit fashion show at the Novotel Hotel Ballroom which merged the appreciation for Philippine fashion, culture and arts with the Filipino values of love and compassion as the theme.

The benefit aimed to raise funds for the causes that the rotary club of Cubao, Quezon City puts their hearts into: HIV and AIDS awareness thru the Love Yourself Foundation (Ronivin Pagtakhan, Executive Director); Dugong Alay, Dugtong Buhay (Napoleon B. Marilag Founder and President); and Cancer Detection thru The Philippine Cancer Society. 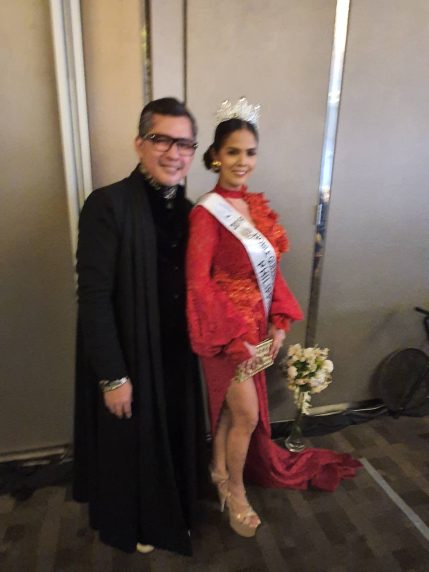 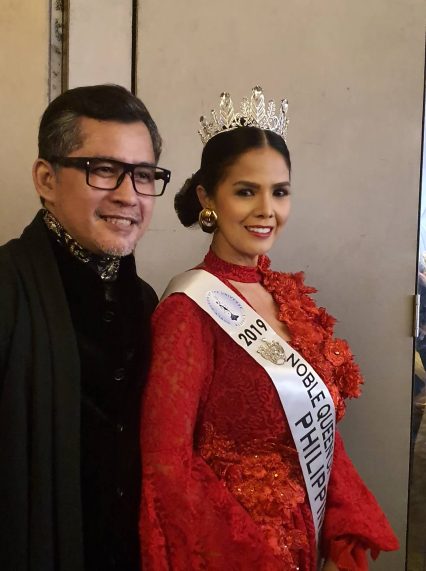 The event featured the awardees of the Fashion for Passion in 3 categories which featured the collections of designers Steph Tan, Jun Escario, Don Cristobal and Albert Andrada.

The People of Action Award went to Gina Sy.

Ambassador of Humanity is Pia Wurtzbach.

Our representative to the Noble Queen of the Universe (to be held in December 1, 2019 at the Manila Hotel) Patricia Javier and a Rotarian herself donned one of Cristobal’s creations in the fashion show.

Walking regally with the crown in her head made Patricia a standout as the crowd gave her shrieks and applause.

The Doctor Robert Walcher was not with his Queen during the event.

“Nagkataon kasi na its our home engineers’ day off. So the kids would be alone. Kaya he stayed with them. Ganyan ka-supportive si hubby. He knows the things I love to do. And he allows me to do them.” 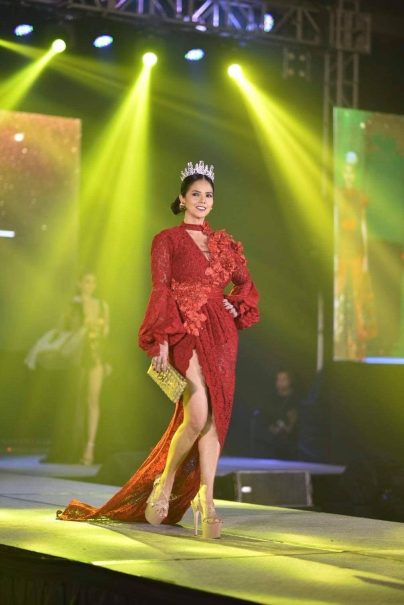 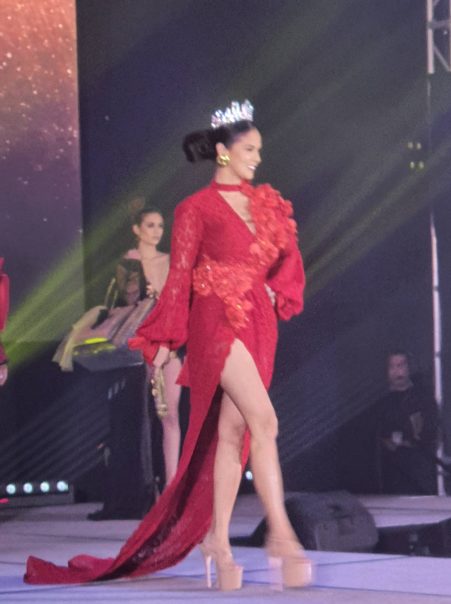 As for the coming pageant, Patricia is confident that it’s not just her winsome smile and Chiro Walk that will make the judges’ heads turn and do a second look but the advocates she propagates in her and Doc’s every day life.

“I am very happy to have been invited here sa Fashion for Passion by Ms. Vero. And happy ako na Don designs these bayongs and incorporates them with his designs. Remember, may mga ipinamigay akong bayong in one of our launches? Am sure I can work together with Don for his bayong collection at matulungan natin our weavers all over the country sa mga ginagawa nilang produkto.” 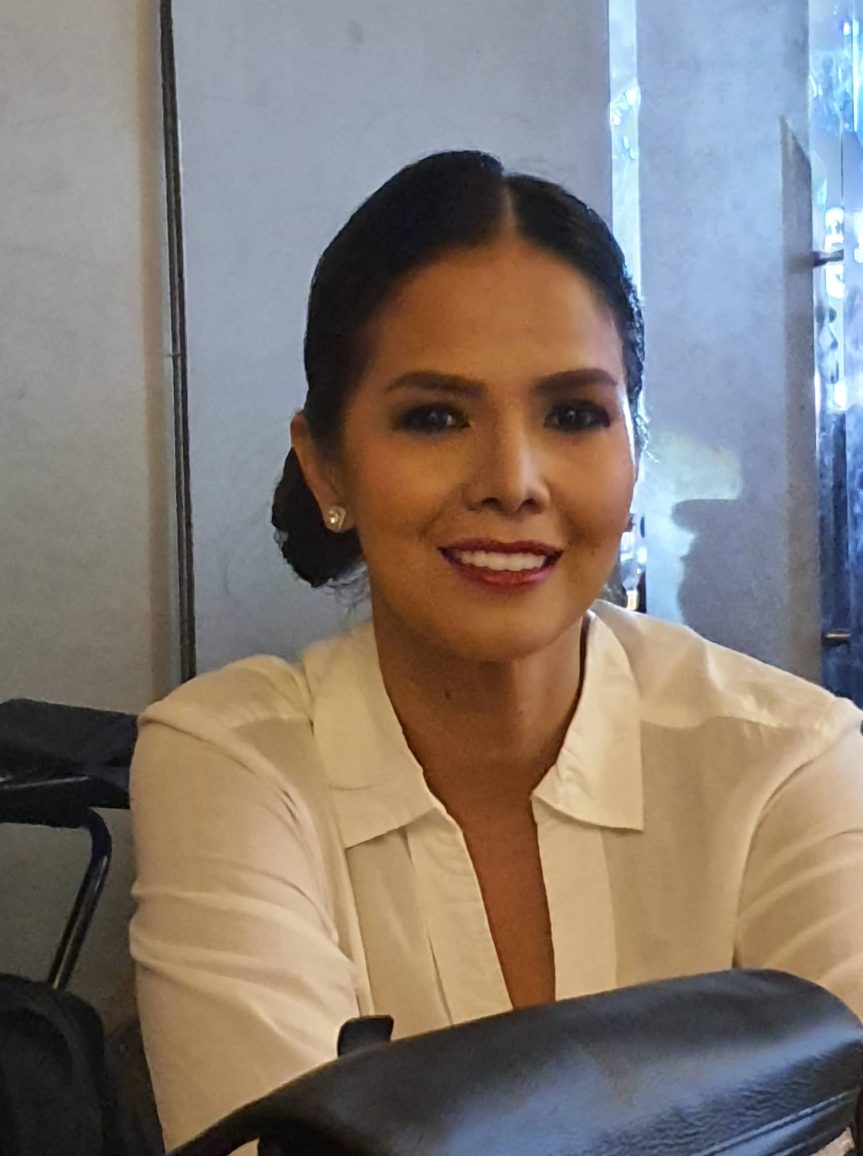