Gloria Sevilla and Suzette Ranillo made history in 1974 with a mother-daughter back-to-back win as FAMAS Best Actress and Best Supporting Actress, respectively, for the Visayan drama flick Gimingaw Ako (I Feel Lonesome), helmed by the late Amado Cortez.

Forty-five years after that historic acting triumph, the two durable thespians are reunited in the new Visayan tearjerker “Pagbalik” (Return), a heart-breaking drama that packs a real emotional wallop with solid performances from the cast.

This is a rare treat to see the multi-awarded Gloria Sevilla, the Queen of Visayan Movies, in her triumphant return on the big screen after winning Best Supporting Actress at last year’s Philadelphia Independent Film Festival in the United States for the critically-acclaimed Filipino indie “Maestra.” 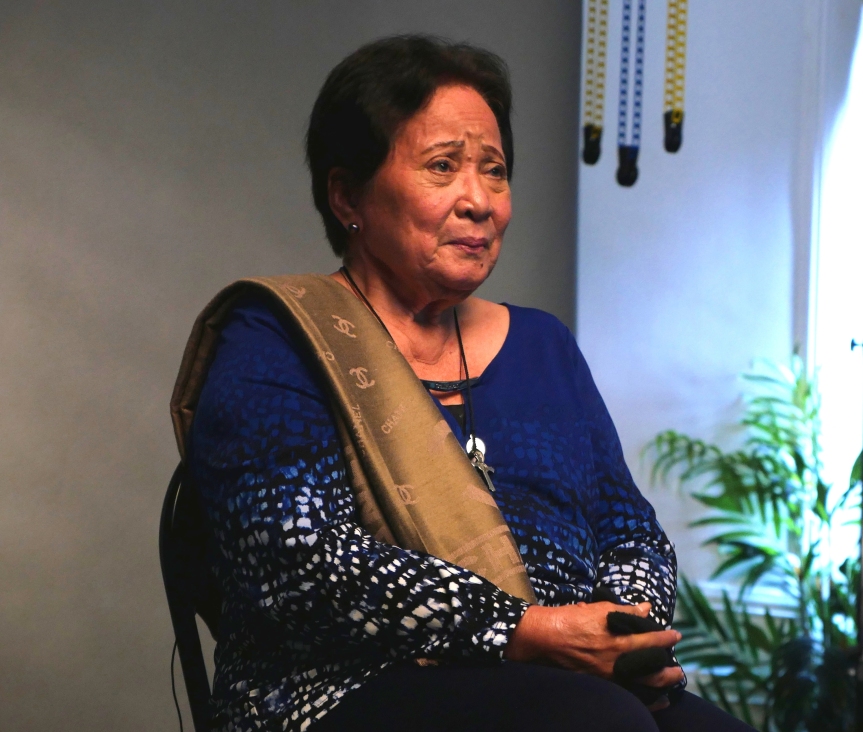 Her brilliantly-restrained acting in “Pagbalik” is complemented by Suzette’s subtle performance that gradually builds up and detonates.

“Pagbalik” is one of 10 official entries to the 3rd Pista ng Pelikulang Pilipino. PPP is a week long film festival from Sept. 13 to 19 by the Film Development Council of the Philippines (FDCP), headed by Liza Dino, with the theme “Pamilya, Pagkakaibigan, Pag-ibig.”

Produced by Nuances Entertainment Production and PRO.PRO in cooperation with Wildsound, “Pagbalik” is one of three chosen films under PPP’s Sandaan showcase in line with the 100th anniversary of Philippine Cinema. The regional film (in black and white) is in Cebuano with English subtitles. 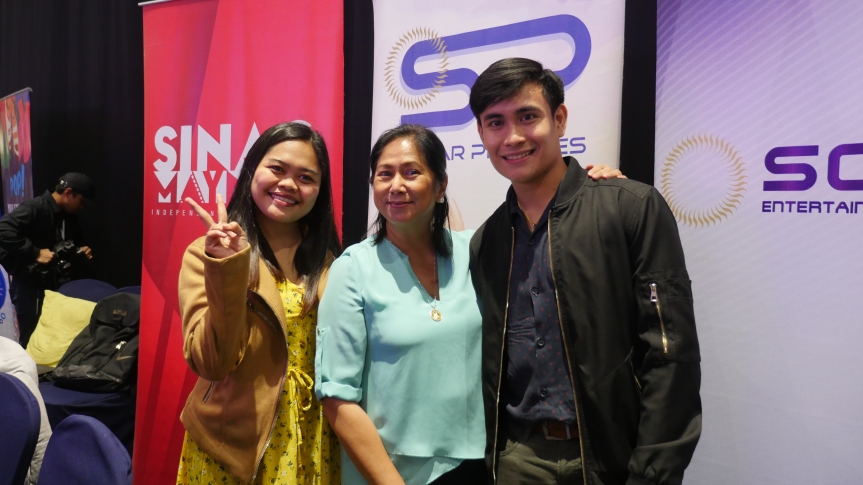 This gripping melodrama revolves around the interpersonal relationships of three family members–a devoted son (Vincent Ranillo) yearning for his mother’s affection, a struggling OFW mother (Suzette Ranillo) who is willing to sacrifice to provide for her family, and an ailing grandmother (Gloria Sevilla) who seems oblivious to the quiet agony of her daughter and grandson.

Rica (Suzette Ranillo) returns home after working overseas to care for her elderly mother Choleng (Gloria Sevilla), who is left under the watch of her loving teenage grandson Vincent (Vince Ranillo), who himself is dealing with the absence of his mother and the burden of caring for his grouchy grandmother all by himself.

When she lands a new job contract for abroad, Rica finds herself torn between staying and leaving again. Distraught, she finds out what her mother has done all the years she was away working.

“Pagbalik is a quiet family drama which people of all ages can relate to,” said Suzette. “The story is very simple, but it will touch the heart of every one, including the millennials, who, in their young minds, are sometimes left with unimaginable responsibilities due to circumstances beyond their control. So I hope a lot of people get to watch the film. It’s a story of our lives.”

“It deals with the pain, bitterness, anger, sacrifice and resentment of family members,” added Suzette who was last seen in the highly-acclaimed films “Birdshot” and “Siargao” and in the forthcoming Ricky Lee-opus “Culion.”

This is not the first time Suzette has directed her mother. The first was the widely-acclaimed drama “CareHome” topbilled by Nora Aunor and shot in California.

“It’s not easy to direct your own mother,” Suzette claimed with a wide grin. “Like when I would instruct her, ‘okay mom you do it this way.’ She would snap, ‘bakit ganoon, it should be this way, the level of emotions should be that way.’ But she eventually listens.”

Described by celebrated playwright Ricky Lee as one of the country’s most underrated actresses, Suzette has appeared in several late 70s and early 80s films (before moving to the United States for good) with acting greats like Joseph Estrada, Rudy Fernandez Lorna Tolentino, Amy Austria, and Chiquito, to name a few. Known for always turning in fine performance, she bagged acting nominations for films like “Aliw,” “Matud Nila,” “Taga Sa Panahon,” “Trudis Liit” and “Muling Umawit Ang Puso.” She was only 14 when she was named FAMAS Best Supporting Actress for “Gimingaw Ako.”

“Pagbalik” has received positive reviews from handpicked millennial viewers when it was previewed in selected schools in the Visayas and Mindanao. In all those screenings, many students cried buckets.

Much praise was extended to the cast, including acting newbie Vince Ranillo, for his impressive chops as a millennial caught in the middle of his family’s difficult situation.