BY: Pilar Mateo
ON August 21, 2019, Regal Films and Epicmedia brings a movie of comedy and drama genre on the big screen.
“Mina-Anud” stars Dennis Trillo, Jerald Napoles, Matteo Guidicelli. It is directed by Kerwin Go.

What is a provocative comedy about?

The film is based on real-life events that took place in 2009, when 3 tons of high-grade cocaine mysteriously wash up on the shores of a peaceful seaside community in Eastern Samar.

With the increasing frequency of cocaine landing incidents in the country, it is also a timely and relevant film.

2018 MMFF Best Actor Dennis Trillo plays Ding, a local surfer who is lured into selling the cocaine bricks after his best friend Carlo (played by Napoles) discovers the price people are willing to pay for the illicit substance.

Joining them is popular actor/singer Matteo Guidicelli like you’ve never seen him before as Paul, a b-list celebrity who deals party drugs to Manila’s elite and showbiz circles.

Matteo narrates: “I’m so happy to be part of the film. The Filipinos deserve to see this film.

“Sana they give us a chance to entertain them and inform them at the same time. I am thankful na makapagbigay kami nang ganitong klaseng kwento.” 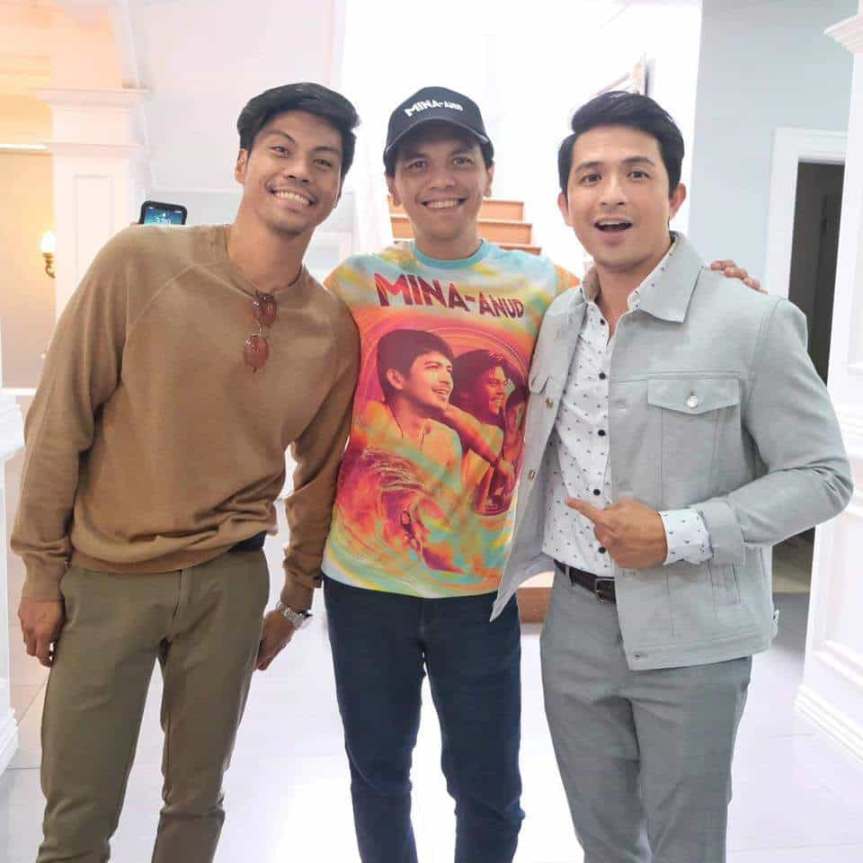 Interestingly, the film’s director, Kerwin Go, witnessed the events which the film is based on with his own eyes.

“I was there and witnessed this first hand. Some of the characters in the film are based on friends and acquaintances who gave in to the temptation of easy money. Some made it out with their wallets heavier, some weren’t so lucky and would up in jail,” said Go.

The film has been described as a refreshing combination of comedy, drama, action, with Pinoy surfing and beach culture thrown in the mix.

Mina-anud was produced by Bianca Balbuena-Liew, recipient of the 2017 Asia Pacific Screen Awards and FIAPF – International Federation of Film Producers Award in recognition of her strong contributions to the development of the Asia Pacific film industry.

Mina-Anud, was winner of the Basecamp Colour Prize for being one of the top two projects pitched at Singapore’s Southeast Asia Film Financing Forum in 2017.

Mina-anud was also selected as the official Closing Film of the prestigious Cinemalaya 2019 Film Festival.

Mina-anud will have its nationwide release, showing only in cinemas on August 21, 2019

“Empowerment is not about fame or popularity. It is about patience, faith and unbeatable strength amidst all the challenges.

Those are the words of the woman behind Mrs. Universe Finest Woman Philippines, Marilou Tolico Villanueva.

Last July 28, 2019, our delegate who competed in the Mrs. International Universal Lovely Gervacio Tan bagged the crown besting 37 candidates from all over the world in Encore, Melaka, Malaysia. 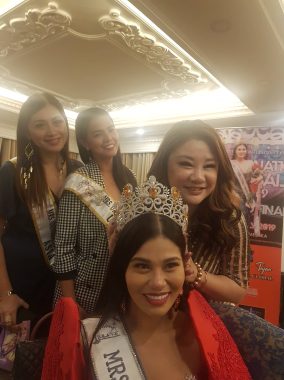 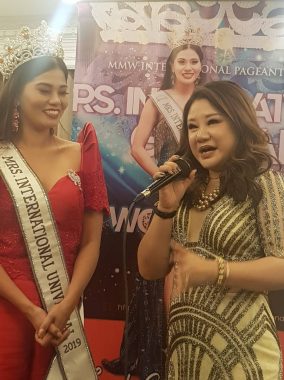 Her “sister” in the organization, who was crowned Mrs. Philippines Universe Patricia Javier (who will compete in the US in November 2019) prepared a welcome and victory party for Lovely, her family and friends and fellow candidates.

“Siguro, naging malaking factor during the pageant ‘yung nandun ang husband ko to support me. Pero more than that, thankful ako kina Ms. Marilou and sister Patricia because I was provided with a glam team. Kaya ang focus ko lang talaga was in the competition. 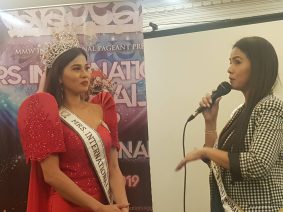 “Yung pag gising ko, naka-prepare na kung ano ang isusuot ko from my head to my toes-damit, shoes accessories and how I would look in the particular event. Kumpleto. At ‘yung pag-push at pagdarasal nila for me. All the girls who are part of Mrs. Philippines Finest Woman are one in their goal to unite-happily married women who are living the life with a purpose!