A tell of extraordinary friendship will be screened in cinemas this coming July 10, Saving Flora.

We had a chance to watch this beautifully made movie yesterday, July 19, at Fisher Mall with my friends in the media.

Meet Flora, the circus elephant that is past her prime. Though the circus has been doing well for years, the financial realities of running a circus in a poor region of Mexico has taken its toll. The circus owner named Henry told her daughter, Dawn, that he intended to call the vet and euthanize Flora. Determined to save her friend, Dawn sneaks away from circus clown named Barnaby, and heads back to the circus where she manages to stage an escape with her best friend.

The movie stars Jenna Ortega (famous for her portrayal as young Jane from ‘Jane the Virgin‘) as the optimistic young girl, Dawn. Together with Entourage star David Arquette as Henry, Tom Arnold as the nasty big time hunter named Runyon, and Leonor Varela as the beautiful and witty trapeze artist named Isabella.

Saving Flora opens on July 10 in Philippine cinemas. The movie is presenting to you by SKD, Dream Factory, FJ Productions, and Womy Film Production. 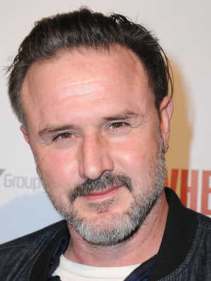