And the first ever grand concert of its kind in the north, the Candon Music Festival will be held at the Bagani Campo Concert Grounds in the city of Candon in Ilocos Sur!

The participating artists are; 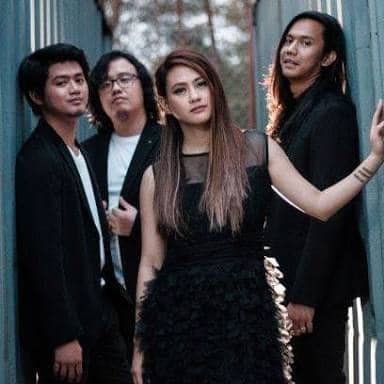 The Candon Music Festival is a collaboration of Congressman Eric D. Singson with the provincial government headed by Governor Ryan Singson, the City of Candon headed by Mayor Ericson Singson, and Project Manager Kristine Singson-Meehan with the Council for Culture, Arts and Tourism of the 2nd District of Ilocos Sur.

A connoisseur of art himself, Congressman Eric D. Singson, has always advocates the promotion of tourism through the integration of music, culture and arts.

The Candon Music Festival is an offshoot of the first concert in Candon City, through the initiative of Congressman Eric D. Singson in partnership with the MDS Fpundation staged in 2008. The concert.dubbed “Intay Lagipen” (Let Us Remember) reintroduced music and culture to the city.

To ensure continuity of the program and as part of the long term plan, eight young people were sent on a scholarship to the Conservatory of Music at St. Paul University Manila. After graduation, they joined the MDS Foundation to teach the young children and the youth of Candon City to sing and play musical instruments. Intensive Summer Camps are held regularly to foster the appreciation for music instilled in the new generation of Ilocanos.

The Candon Music Festival is truly a celebration of music and the talents of these ypung musicians as much as an invitation to locals and tourists from nearby districts and provinces, to bask in the many forms of aesthetics Candon City has to offer.

The good Congressman is taking a rest in Politics. The reason why he wants to stay focused in making Candon a place where not just Tourism will thrive. But to make it the heart of the Arts in the North.

Thus encouraging the young people, especially those who live around Candon to take the opportunities to hone their crafts in the arts especially in Music.

Our Mr.C, our National Artist shares his clincher in the project.

The Mama of Congressman Eric has been in his Mama’s group in their younger years. Mama Minervita herself is a musician. She composes “Intay Lagipen” (Let Us Remember). Which Mr. C wants to listen to.

“She will be a hundred years old in December (4). It would be lovely to meet her and hear her song!”

It will be a first for us Manilans to hear singer-composer Noel Cabangon to share his three Ilocano songs.

“I wrote a song from the speech of a hero named Isabelo Abaya from Candon. He lived during the American occupation. The 2nd song is Ilocano reggae. Different genre and language din. And the 3rd one naman has the country beat na parang Western pero Ilocano. I wrote the songs in 2007.”

To our KABSATS in Candon and the Ilocos region, this is going to be fun. Get your tickets now.

Now there is a bigger platform for youth who are inclined to become world-class musicians.

It was from the youth who invited Mr. C to be part of the project.

So many plans in the pipeline. Daughter Kristine has already laid out her plans to put Candon in the world map. How about an international airport. She will be wearing the shoes of her Dad!