The group was formed through a nationwide idol search televised on ABS-CBN’s “It’s Showtime“.

After their launch, the group released their first single “Aitakatta” (Gustong Makita) under Star Music. It ranked number one on iTunes Top Albums upon its release.

And a second smashing single, “Pag-Ibig Fortune Cookie“, earned MNL48’s first Gold and Platinum from Star Music and PARI (Philippine Association of Record Industries) and the 3rd single “365 Araw ng Eroplanong Papel” also made it to the number 1 slot on iTunes Top Albums. 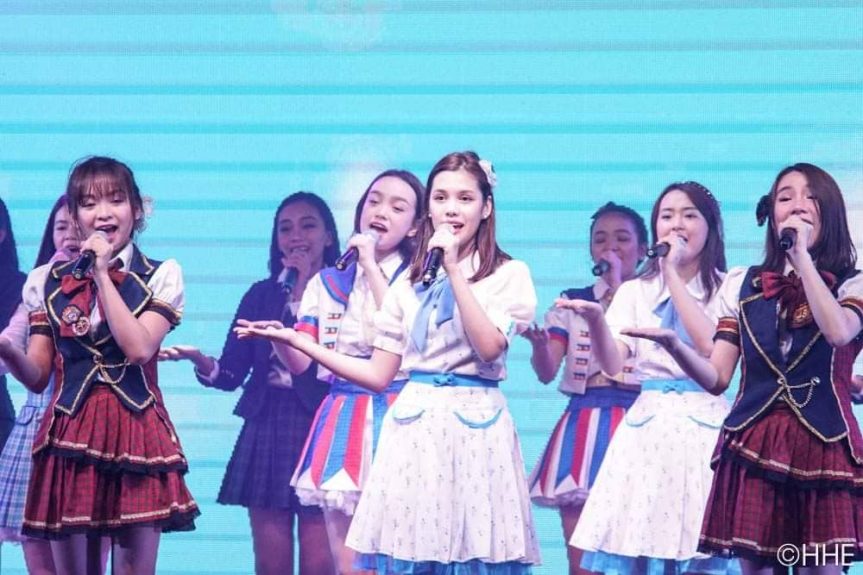 Having become the youth’s role models, MNL48 was granted the Youth Model of the Year 2018 – Huwaran ng Kabataan Award from Pinoy Pop (PPOP) for being good role models to the young generation in uplifting the Filipino talents and showcasing the Filipino culture through their music and performance.

A grand 2nd annual general election was held last weekend at ABS-CBN Vertis Tent continuing the system from last year’s General Election where the official members of MNL48 new ranking line up and the Center Girl were revealed.

48 girls out of 77 candidates were selected by the fans to be this year’s official Second Year Members of MNL48.

She ranked 26 in last year’s General Election and now is very thankful for the opportunity that came her way.

Following Aly are Sela and Aby in the 2nd and 3rd ranks switching places from last year’s elections.

Following their sister group’s AKB48’s ranking system, the annual election will also determine the one to sing the next single of the group.

The members who ranked in the top 16 or more popularly known as “Senbatsu” will perform the 4th single of MNL48, led by this year’s Center Girl Aly, which will be released this year.

The one who tool the 17th slot, Thea will lead the Under Girls (Top 17-32) as their Center Girl for the side track of the next single.

Online voting, public voting, the website, the apps, resulted in the ranking of the girls.

The accuracy of the results were verified by the DTI (Department of Trade and Industry).

MNL48 continues to rock with their patienxe, hardwork, persevance and discipline.