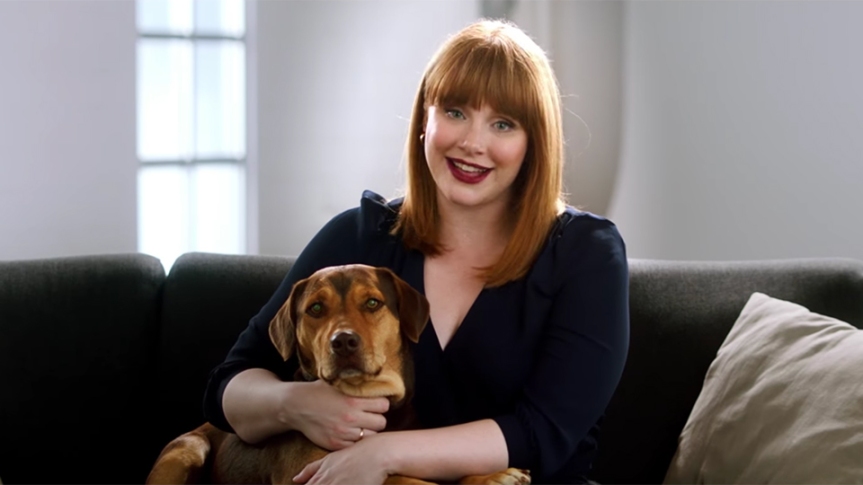 TO tell the heartwarming story of Bella, a dog who embarks on an epic 400-mile journey home after she is separated from her beloved human, the producers of Columbia Pictures’ A Dog’s Way Home found the perfect voice talent in Bryce Dallas Howard, whose vocal performance captured all the emotions Bella feels on her adventure.

It was a casting decision that made the author of the novel the film was based on very happy. “The very first time I heard your voice, I thought, ‘that’s perfect!’,” says W. Bruce Cameron, author of A Dog’s Way Home the novel and also co-screenplay writer for the big-screen adaptation, to Howard in a joint interview for the film. “That’s exactly what I heard in my head when I was writing A Dog’s Way Home. The way you brought that to life, the joy, the way you captured the way that dogs are just so always optimistic. You think about all of the adventures — and some of them are pretty treacherous — that Bella goes through on her journey back home, a lot of potential dangers, but yet [she remains] optimistic, happy, having fun the whole time.”

Howard gives credit for her performance to Shelby, the rescue dog that plays Bella. According to Howard, the minute she met Shelby, they were “instant BFFs” and their easy connection inspired her.

Howard has had pets her whole life and credits overcoming her shyness as a kid to her first dog. “When I was very young, one-and-a-half years old, I was quiet and serious — I didn’t laugh or anything like that,” says Howard. “Then my parents adopted a dog, a terrier. And suddenly, from the other room, they heard a crazy noise, a belly laugh that sounded like it came from a grown person. And it was me, playing tug-of-war with the dog, at 18 months old. That was the birth of my insane laugh — my first pet. Having a relationship with dogs and other animals is one of the most important aspects of my life. There’s nothing like it in the world. Nothing feels more unconditional, or safe, or fun.”

Of Shelby, Howard says: “She just instantly felt like a friend. I think that’s something you feel whenever you meet any kind of animal, because they’re so present, but there really is something special about Shelby. She’s a beautiful, sincere, brilliant, super adorable dog.” 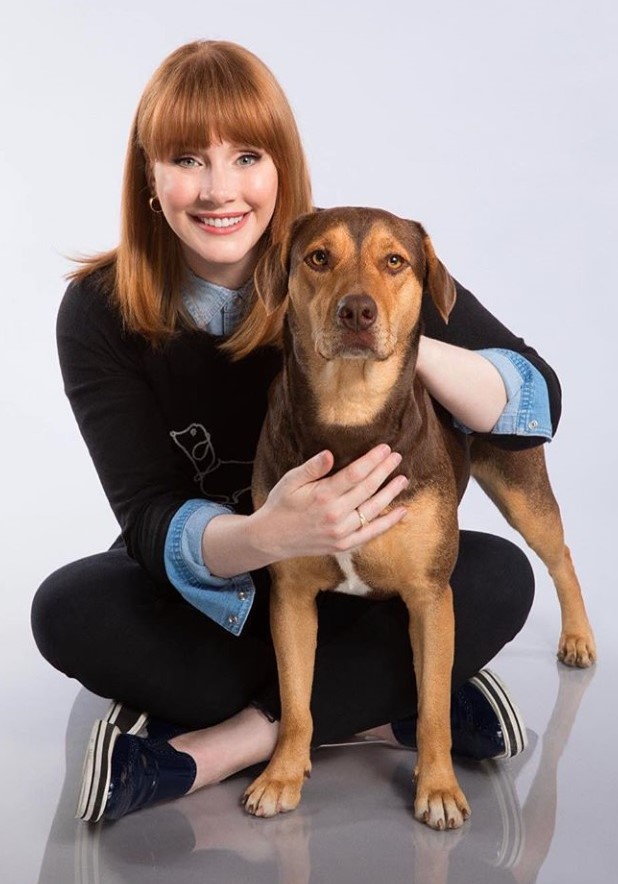 BRYCE DALLAS HOWARD (Bella) continues to be a versatile and dynamic talent, both on-screen and behind the camera. Howard will next be seen in Paramount’s Rocketman, produced by Matthew Vaughn with Elton John and David Furnish, the biopic about the musical legend is set for release on May 17, 2019. As a filmmaker, Howard will be directing the adaptation of Matthew Quick’s novelSorta Like a Rockstar for Netflix as well as, the feature length documentary Dads with Imagine Entertainment.

Last year, Howard starred alongside Chris Pratt in Universal’s Jurassic World: Fallen Kingdom, the sequel to the 2015 box office juggernaut Jurassic World. In 2017, Howard starred with Matthew McConaughey in Stephen Gaghan’s Gold. The previous year, she starred in an episode of Netflix’s critically acclaimed series “Black Mirror.” Howard’s episode, “Nosedive,” directed by Joe Wright, garnered her a 2017 SAG Award nomination in the category of Outstanding Performance by a Female Actor in a Television Movie or Limited Series.

About A Dog’s Way Home

A Dog’s Way Home chronicles the heartwarming adventure of Bella, a dog who embarks on an epic 400-mile journey home after she is separated from her beloved human, Lucas, an aspiring med student and VA hospital volunteer. Bella touches the lives of many during her unwavering quest; from an orphaned mountain lion cub to a homeless veteran down on his luck, Bella brings joy and comfort to everyone she meets with her unique spirit and faith. Based on the bestselling novel by the beloved author of A Dog’s Purpose, A Dog’s Way Home is an emotionally charged and uplifting spiritual odyssey that follows one dog’s journey home that highlights the power of unconditional love between a dog and her owner.