FORMER It’s Showtime star Greg Hawkins told the media that he’s a proud endorser of Prestige, the leading brand for skin care products to all people in all walks of life.

We had a chance to talk to him during the Prestige Uncover 2019 event held at the Vikings in Mall of Asia. Greg, together with Arron Villaflor and Wryan Chua, unveiled the new look of Prestige beauty products. 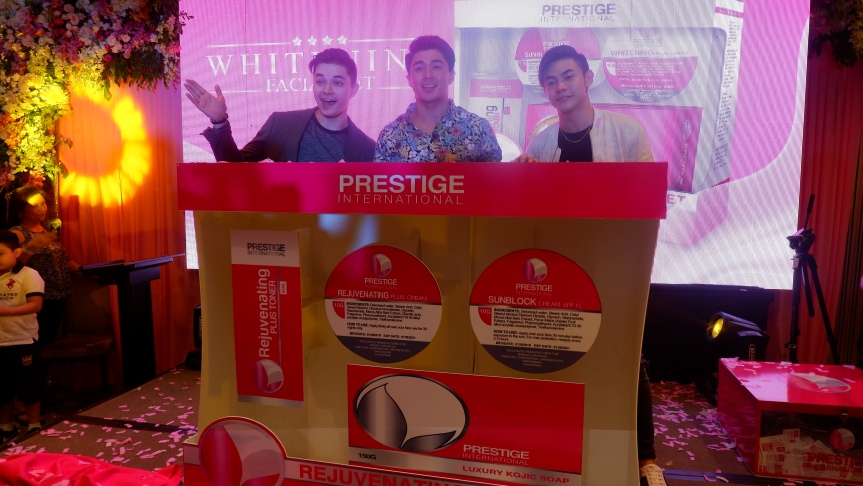 He mentioned to the media about how friendly and how generous the owner of Prestige, Mannix Carancho, is. “You know, almost surprisingly, [he’s] super warm. Very friendly. I love it. I kind of wasn’t expecting it at first, but you know once I actually able to talk to him he’s always very generous. You know I asked him for some products, and he gave it to me for free. Very nice man.”

What did he think about Prestige endorser and It’s Showtime star Ion Perez? “He’s awesome. Ion is a nice guy. I had a chance to meet him in Vice [Ganda]’s Christmas party, and we got along right away, and yeah his a good guy. I hope his career keeps going… There’s no bad blood for him. I’m on his side. I support him.” He declared. We remembered that Greg Hawkins was replaced by Ion Perez as the new ‘Kuya Escort‘ of Miss Q & A.

Will Greg come back to It’s Showtime? “You know, I think that’s mostly up to the production staff of the show. So, it really depends on what they wanted to do. The directions they wanted to head, and if they want, that’s cool… That’s basically their decision.” He explained.

Despite of his departure in It’s Showtime, he still has upcoming TV series, and endorsements. “Well, there’s a bunch of new episodes for The Legal Mistress. Every Friday, 9 PM on channel 3, Sari-Sari channel, Cignal TV. You can check that out… I’m in a commercial right now. It’s for Poten-Cee with Bea Alonzo.” He said it proudly.

He happily said that he has a three-year Working Visa which will help him to work a bit further for his upcoming movie, but refused to give any further information about the movie. 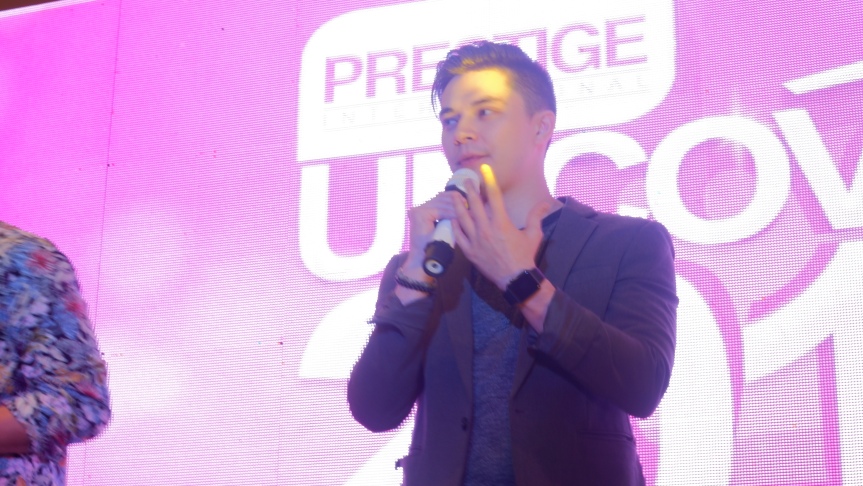