TFC at the Movies will give you a bunch of laughter as it screens the film Fantastica, which stars the Unkabogable Star (undisputed star) Vice Ganda with his two leading men Dingdong Dantes and Richard Gutierrez.

An official entry at the 2018 Metro Manila Film Festival, “Fantastica” is a fantasy-comedy film with its story focusing in the life of Belat (Vice Ganda) who is part of the once colorful world of the carnival named Perya Wurtzbach: The Happiest Place on the Earth, the Universe Rather.

Belat with her mother Fec (Jaclyn Jose) and adopted siblings Daks (Ronnie Alonte), Pepe (Edward Barber), and Junjun (Donny Pangilinan) are struggling to save their carnival and adding to their troubles is the possibility of getting evicted from their land that will be taken from them by the family of her former best friend Dong Nam (Dingdong Dantes).

Giving them a glitter of hope is the arrival of the man from her past, Prince (Richard Gutierrez) who promised to help them restore their carnival if she will help him save their land, Fantastica, by finding their lost princesses: Rapunselya (Loisa Andalio), Maulan (Maymay Entrata), and Ariella (Kisses Delavin). 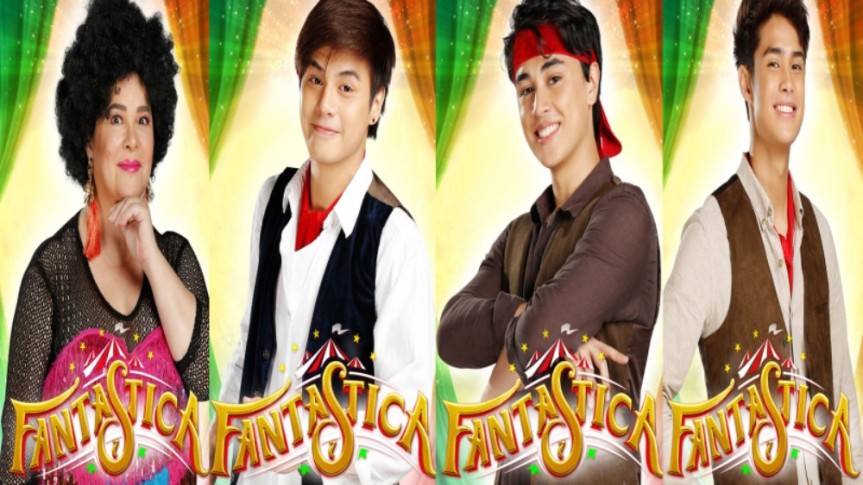 Finding the princesses, however, does not end their mission for they need to open the secret portal to go back to Fantastica and the only way to do this is by collecting a thousand claps and laughter through “The Perfect Show” that made their carnival popular before.

The film “Fantastica” also touches on the value of family—not only those family by blood but including those people who have become a big part of our lives.

Will Belat and her family get to save their carnival? Can they successfully find the princesses to save Fantastica and the carnival? How will these events affect the relationship of their respective families?

Don’t miss the colorful visuals, touching moments and non-stop laughter all rolled in one film, “Fantastica”, which will screen globally in the following regions and dates: