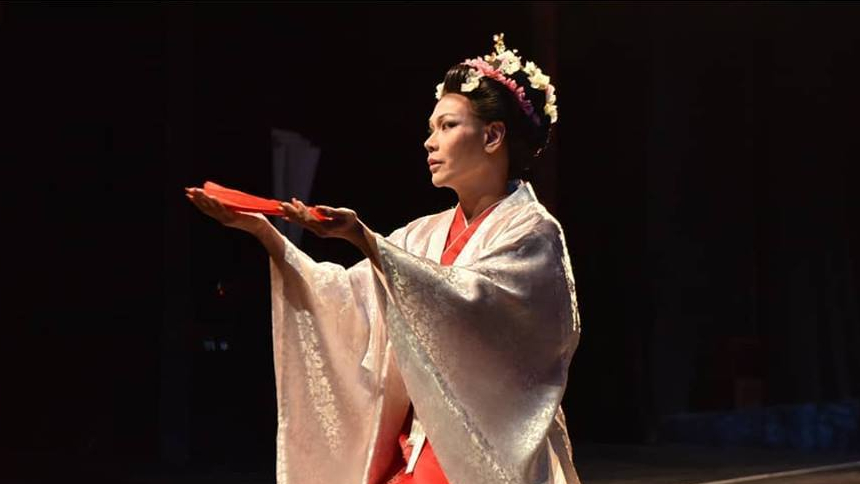 THE much-talked-about Philippine production of M. Butterfly got nominated in two categories for the 2018 BroadwayWorld Philippines Awards.

First, Maya Encila got nominated for Best Featured Actress as Renee. She also portrayed as the alluring pin-up girl. On the other hand, fashion designer Eric Pineda got nominated in Best Costume Design category for his fabulous costumes.

The cast and crew of M. Butterfly encourage people who watched the show to vote. Just visit this link and vote for your favorite pick.

Meanwhile, M. Butterfly will have its own national tour. It’s coming to 5 major cities in the Philippines next year, including Iloilo, Davao, Cebu, Dumaguete, and Baguio. They haven’t announced the specific dates, but the tour will start in January 2019 in Iloilo with stops in Davao, Cebu, Dumaguete, and Baguio before returning to Manila in February 2019 for a 21-show run.

A few days later, they went to Cebu, and went all the way to Dumaguete. The trip concluded on October 25th. No further information on when they’ll go to Iloilo and Davao.