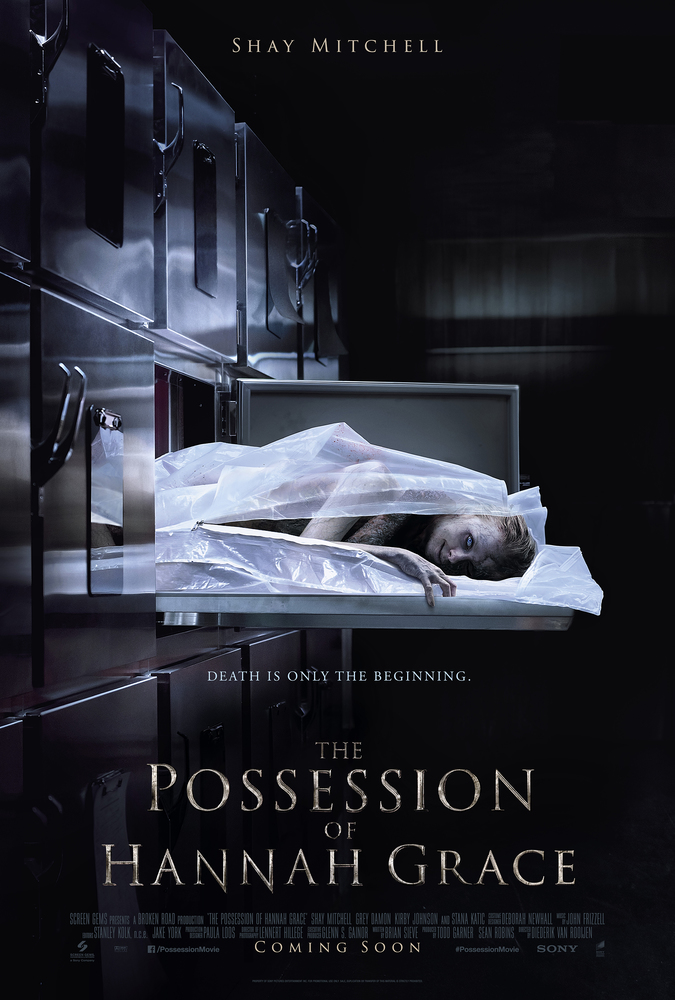 DEATH is only the beginning.

Watch the first trailer of the new terrifying horror thriller The Possession of Hannah Grace now which has just been launched by Columbia Pictures.

In the film, a shocking exorcism spirals out of control, claiming the life of a young woman. Months later, Megan Reed (Shay Mitchell) is working the graveyard shift in the morgue when she takes delivery of a disfigured cadaver. Locked alone inside the basement corridors, Megan begins to experience horrifying visions and starts to suspect that the body may be possessed by a ruthless demonic force.