October is celebrated as Filipino American History Month across the U.S. because the earliest documented Filipino presence in the U.S. was on October 18, 1587 in Morro Bay, California.

In 2009, the United States Congress had passed subsequent resolutions recognizing October as Filipino American History Month, urging people across the U.S. to celebrate the significant contributions of Filipino Americans to the enrichment of the country.

TFC takes part in four celebratory events during the meaningful month of October.

Where: October 6, Saturday, 8:00 AM
When: Dr. Jose P. Rizal Monument outside the Carson Community Center on 801 E. Carson St. in Carson, California

What to expect:
There will be food trucks, a family fun zone, arts and crafts, a jump house, a beer garden, several vendor booths, a bubble machine, and entertainment from homegrown talent. Parking is free at the DC Station Garage on 2001 Junipero Serra Boulevard, and Marchbank Park is accessible on the second floor. This is a free event, and everyone is invited.

Entertainment throughout the day will be provided by Melvinsings! Maddie B, Kariktan Dance Company, American Center of Philippine Arts, Rudy Kalma, Mike Dayao, Guji, and more.

Headliners to perform at the TFC Hour are “Queen of Freestyle” Jocelyn Enriquez and rapper and spoken word artist Ruby Ibarra. 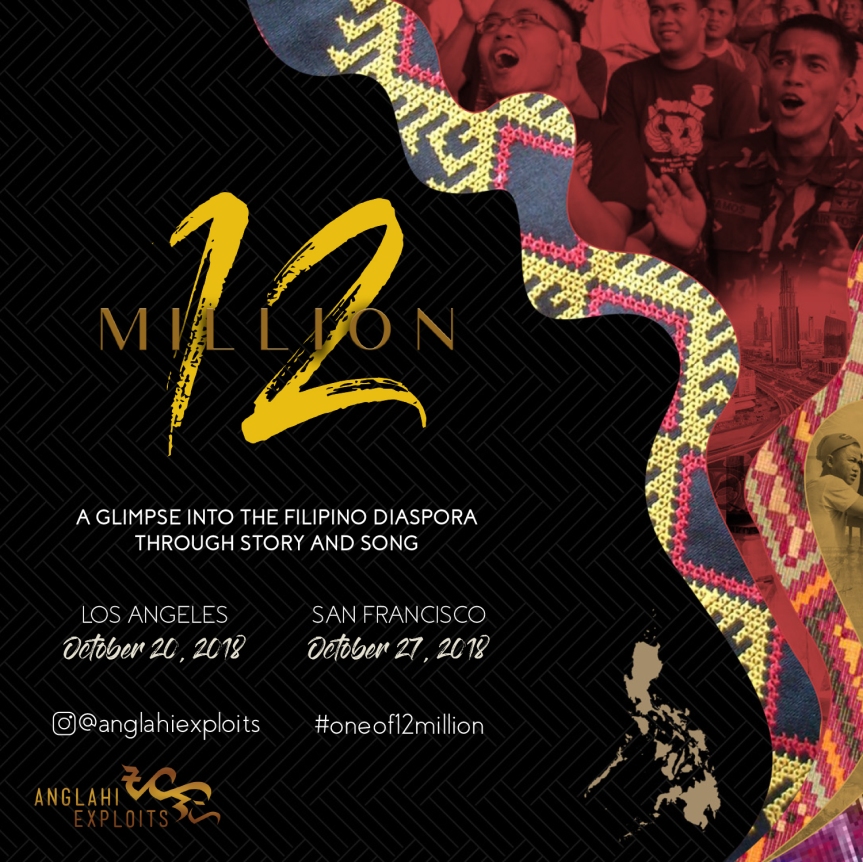 What to expect:
Through artistic expressions of music and drama, the show will offer a glimpse into the real-life experiences of Filipinos from across the globe. Written and directed by Jed Fillarca, one of the scriptwriters for Rizal ATBP., and with original songs and compositions, including those of noted composer/producer Victor Nino Salazar, “12 Million” is an artistic collaboration of songwriters, actors, and musicians from the Filipino Diaspora.

What to expect:
Speakers for the day are: Johnny Itliong, director of the Larry Itliong Foundation through Education, and son of labor leader Larry Itliong; Fernando Chavez, founder of the Chavez Law Group and son of union leader and labor organizer Cesar Chavez; and Historian Roger Gadiano, who is also a member of the Filipino American National Historical Society (FANHS) – Delano chapter.

Silakbo sa Mik Tinig, a local group who performs socially relevant raps about immigration, women, and demilitarization will be performing on that day.