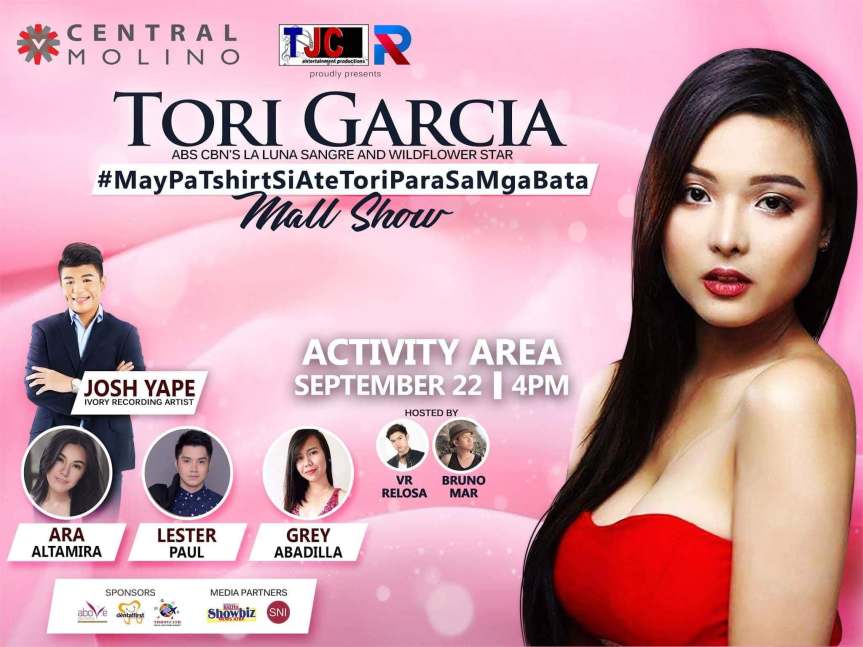 THIS is Tori Garcia’s fourth leg of her mall show titled #MayPaTshirtSiAteToriParaSaMgaBata Mall Show. The said mall show happens on September 22, Saturday, at 4 PM at V Central Molino in Cavite. Expect more T-shirts to be given away for kids in the audience. 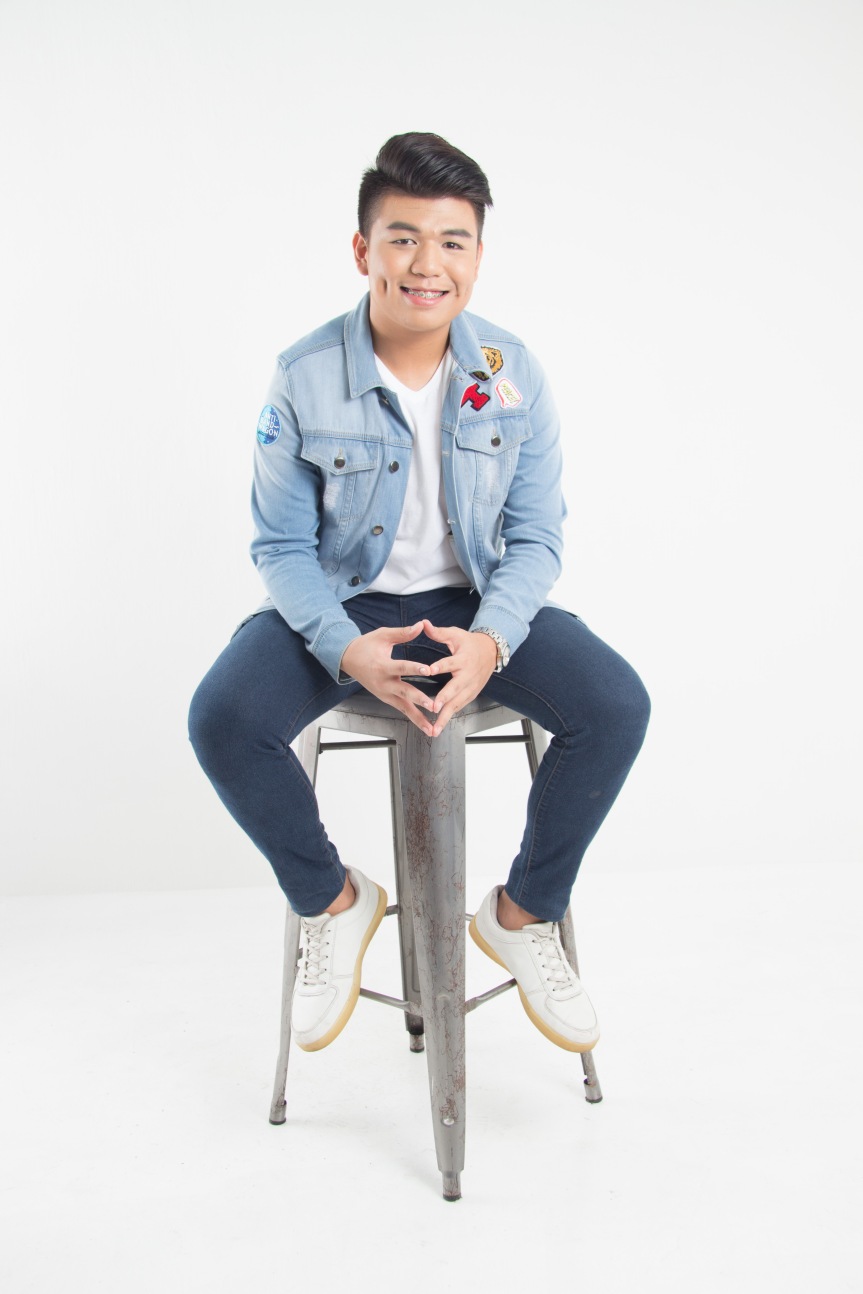 Josh Yape started his singing career when he was one of the finalists of the Voice of Rizal. Two years later, he was known as the Most Outstanding Young Balladeer in 2016 Dangal ng Bayan Awardee in Music & Entertainment. Since 2015, he appeared in several live events and TV shows, like Good Morning Boss (PTV 5), EuroTV, Net25’s Pambansang Almusal,and Letters and Music.

He debuted his two original songs on Wish FM 107.5’s radio show, Roadshow. Those two songs are titled Maghihintay Ako and Kahit Malayo Ka under Ivory Music & Video. Both of the songs composed by Robster Evangelista and arranged by Albert Tamayo and Jun Tamayo. 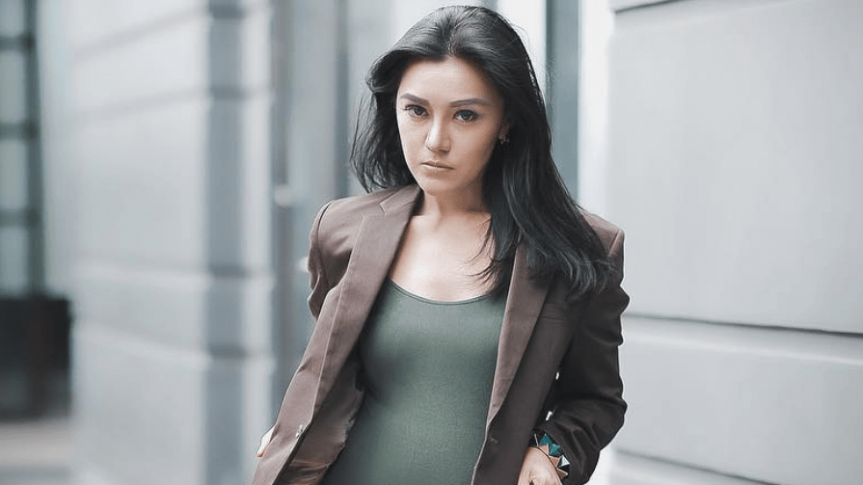 A few years ago, Ara Altamira was one of the top 15 of Miss Popular DJ Hunt in Indonesia, and had a cameo role in an Indonesian film, Takut Kawin. She appeared in several teleseryes, such as Pusong Ligaw, Maalaala Mo Kaya, Asintado, Wagas, The Blood Sisters, and My Special Tatay.

This is Ara’s third time doing a mall show with Tori Garcia. 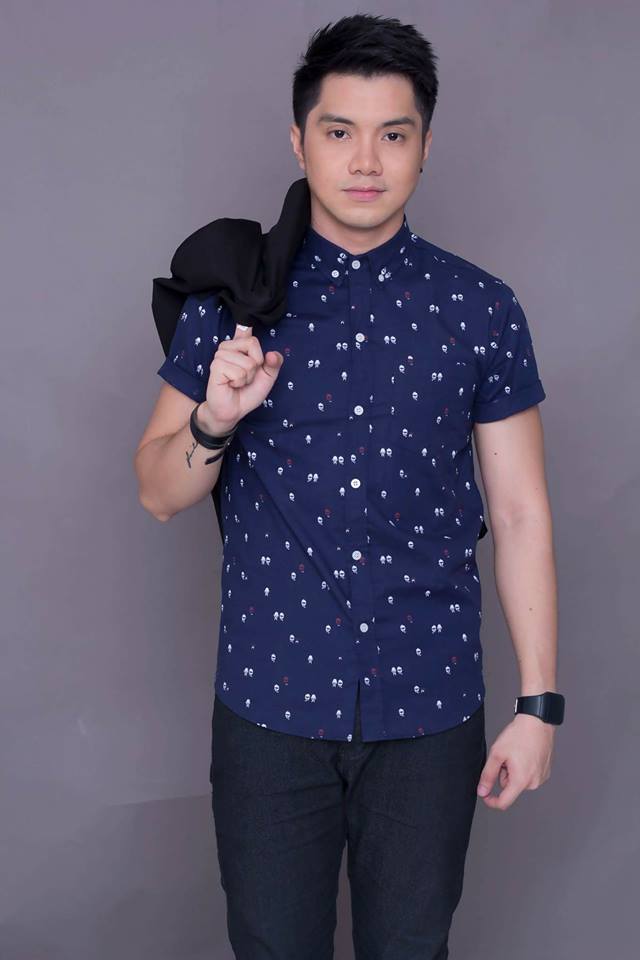 Lester Paul is a singer-composer under Ivory Records. He released his single, PaKo (Pangarap Ko) in 2016, and received good reviews. You can listen to his single on iTunes, Spotify, Deezer, and Amazon.

Because of his good looks and charm, he became one of the endorsers of Estonactoc Dental Care Co., and Apple Peel Facial Care and Spa. 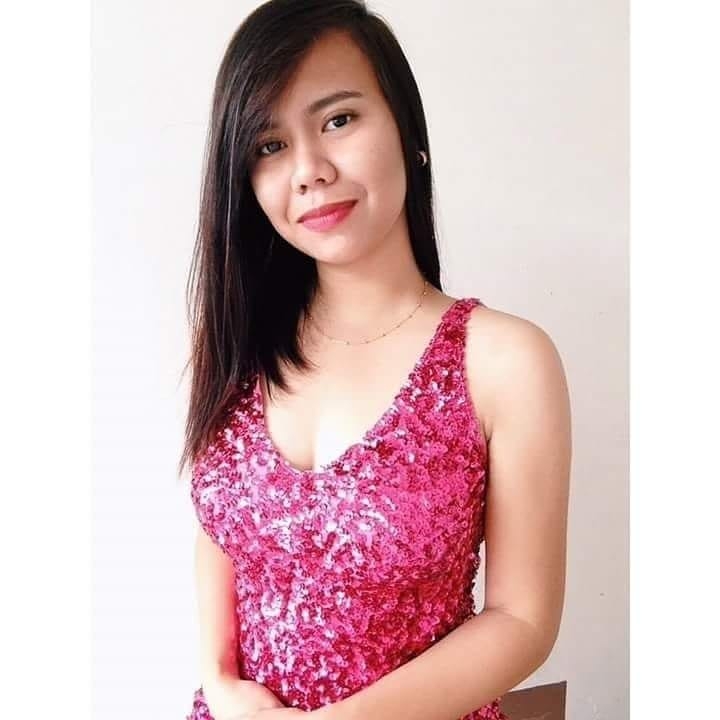 Grey Abadilla is currently busy as an actress. You’ve probably seen her as one of the actress in a well known shows, like Asintado, Kapag Nahati Ang Puso, and FPJ’s Ang Probinsyano. She also performed on live TV and online, including Euro TV.

The #MayPaTshirtSiAteToriParaSaMgaBata Mall Show is presented to you by TJC Entertainment Productions in cooperation with R Multimedia Events Solutions. It’s sponsored by Throycath Travel and Tours Agency, Above Aesthetics, at Dental First. Special thanks to the official media partners: Peoples’s Balita Showbiz and Showbiz News Intrigues.