FROM the best-selling book of the same title by Alexandra Bracken and the first in YA trilogy, The Darkest Minds brings the latest powerful pack of young adults who survived an incurable virus set in a turbulent America where 98% of the children’s population has died of a mysteries disease, deeming the 2% of the surviving children enemies of the state and forcing them on the run.

“‘The Darkest Minds’ has been an interesting journey because we got the rights to the book five years ago and that was when as a company, 21 Laps, was known predominantly as a comedy or tent pole family film kind of company,” says Shawn Levy, whose company 21 Laps is producing the film.

“But I always knew we wanted to move into this different space; a space that is what I would I call ‘character-anchored genre’,”

“I think this story had a timeless theme,” adds the film’s producer Dan Levine. 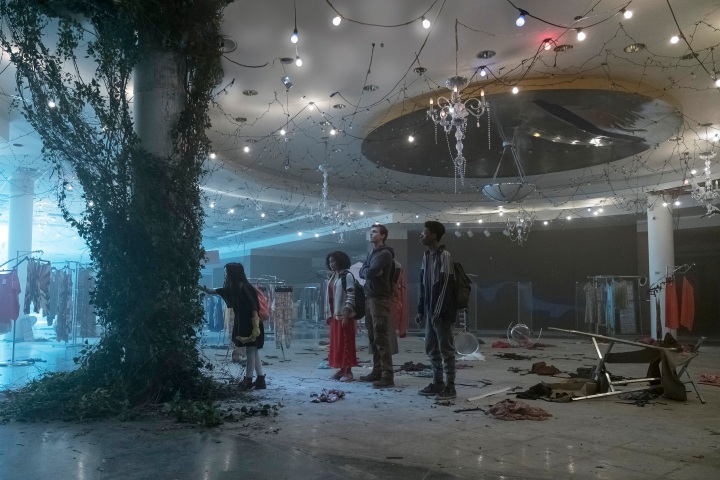 “And it’s so universal, in that it’s about kids growing up into teenagers and discovering that they they’re different, which people don’t understand, especially adults and the government. So they’re thrown into camps. And the story follows these children becoming young adults and learning to stand up for themselves and protect themselves. I think the fear of fitting in and the search for acceptance often follows us into adulthood.”

“There are number of themes that kind of run through the spine of the movie,” says Levy.

“It’s very much a film about belonging and in that regards, this movie happens to be about kids with some powers, but there’s no one who’s ever lived who hasn’t wrestled with that search for identity. It’s a search that is often at its most heightened in adolescence, and so that’s the focus of our film.”

“It is ultimately about a small group of kids with powers, super-human powers, that they don’t yet fully understand, who find each other by being collectively on the run from the authorities. And it’s about the way in which they rely on and connect with each other as they search for others like them. It might be dealing with intense themes and events, but the movie is fundamentally really hopeful. It’s hopeful about the possibility of connection and the possibility of acceptance,” says Levy.