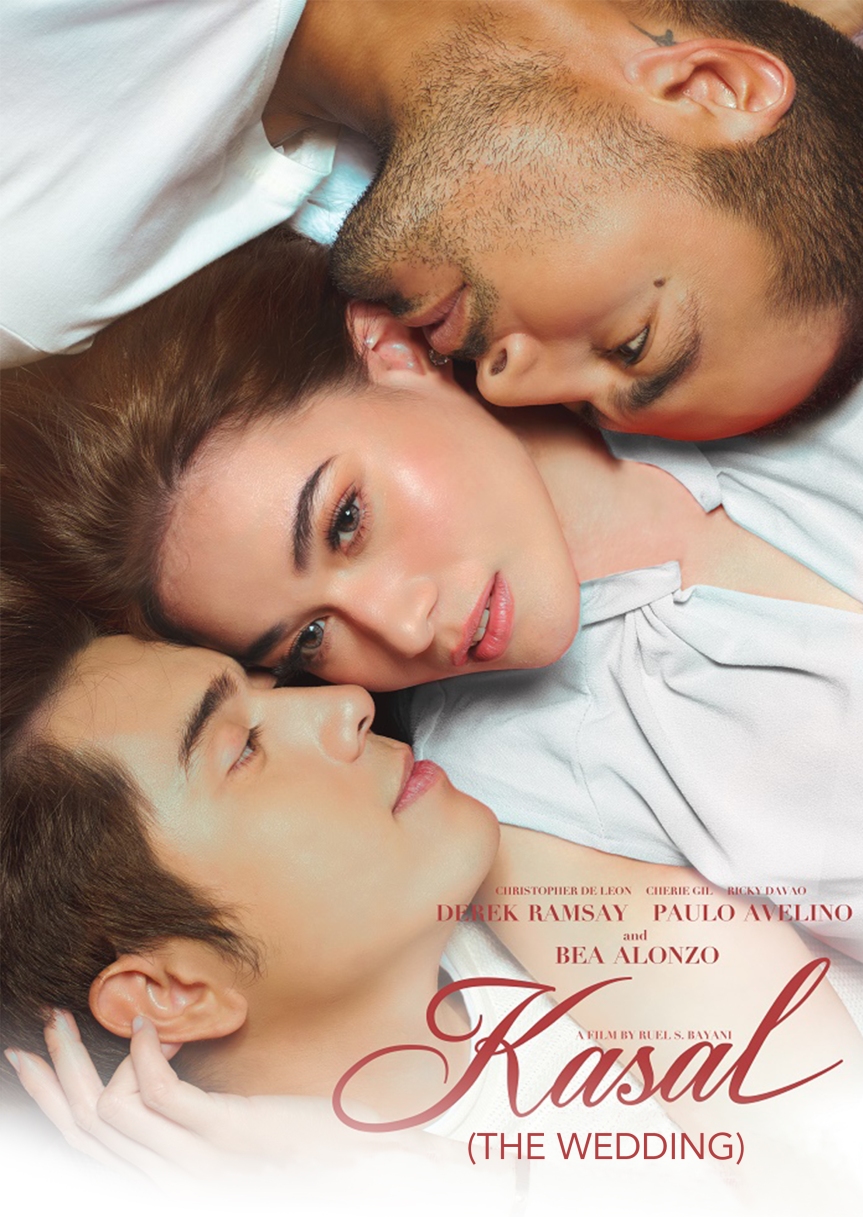 STAR Cinema announced the worldwide release of Kasal (The Wedding) starting today, May 24, via TFC At The Movies. It features one of the most beautiful faces and outstanding actresses of Philippine cinema, Bea Alonzo, Filipino-British model and actor Derek Ramsay, and the brilliant Paulo Avelino.

The film tells the story of public school teacher Lia Marquez (Alonzo) who is about to marry eligible bachelor Philip Cordero (Avelino), until her ex-boyfriend Wado dela Costa (Ramsay) comes forth to expose Philip’s secret. Wado’s arrival rekindles his romance with Lia, which makes her doubt her feelings for Philip. As the wedding day approaches, Lia becomes unsure if she is choosing the right man to marry – torn between the man from her past and the man she’s about to build a future with.

For more info and other upcoming screenings, visit TFC’s website.